Ron and Eddie on the Roof of Apple

The BBFC often receives books to review in our magazine.  Sometimes books cross our desk that don't meet the criteria to be included in the magazine but they are great books all the same.  This is one of those books.

In the beginning it appears the book will be just a string of random questions and answers, but as the main character, Eddie, pens his replies to these random questions, the story of his life and adventures are revealed until by the end you really know him and feel for him.

The adventures that are shared are all true and all take place in the 1960's and early 70's and two of the stories involve the Beatles.  You might recognize yourself in these two stories as they involve  a bunch of lads who managed to sneak their way onto the Apple roof twice.  The tales are dramatic, funny and a interesting and I wanted to find a way to share those stories with our members.

The author has graciously extracted the Beatles related stories along with photos from his adventures to share with our readers.  Click here to read the extract.

The full book is available on Amazon.co.uk  or Kobo if anyone is interested in reading all the other non Beatles adventures.
Posted by British Beatles Fan Club at 15:22 No comments:

Celebrate in Liverpool with an Amazing Cake!

If you're planning a trip to Liverpool for a special occasion, why not add the perfect finishing touch to your trip with an amazing bespoke cake from The Cake Rooms Liverpool. 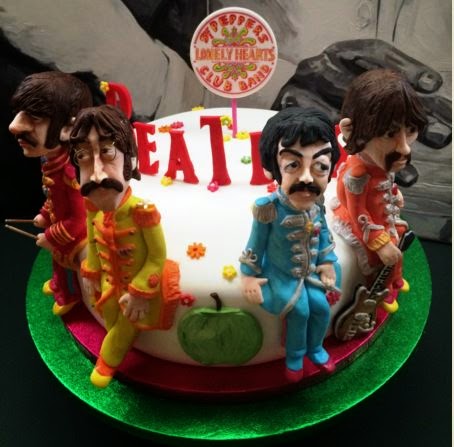 This cake was made for a 30th Birthday celebration at the Hard Day's Night hotel and we're sure you'll agree with us that it's truly fabulous!

Not only do the cakes look amazing, they taste just as good. Fruit or sponge - the choice is yours - and there is an almost infinite variety of flavours and fillings. Each cake is made to your personal specification, so if you don't see what you want, don't worry! As Lisa, the genius behind these masterpieces, says: "most of our orders are bespoke, where we can create unique, fun and contemporary designs for your special occasion. Using our artistic and creative experience, we can make sure you get exactly what you want."

These truly are "edible works of art designed and created just for you."

For more information, and to see more photos of the variety of cakes that Lisa has made, visit the facebook page by clicking HERE, or telephone 07758 161384 to discuss your ideas for your special cake.

The Cake Rooms Liverpool really can provide the "icing on the cake" for your special event!! 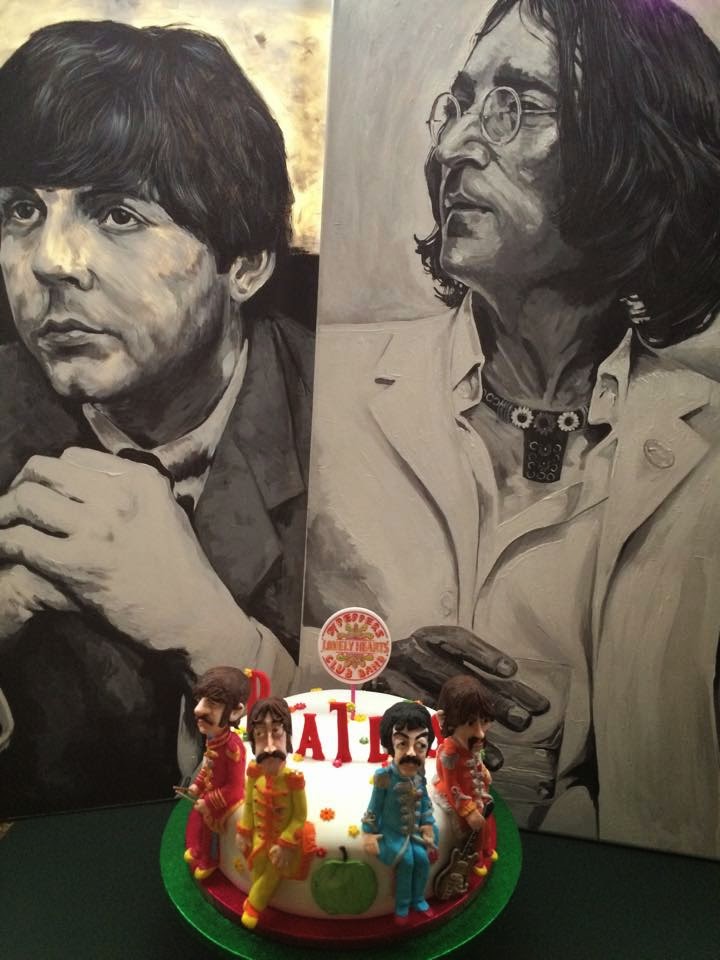 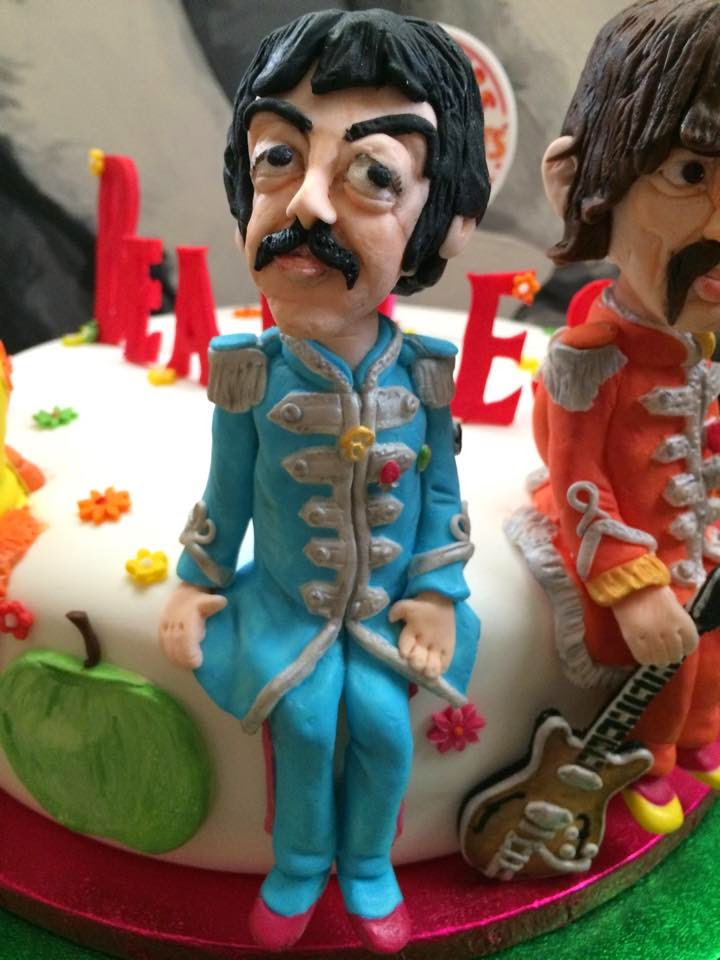 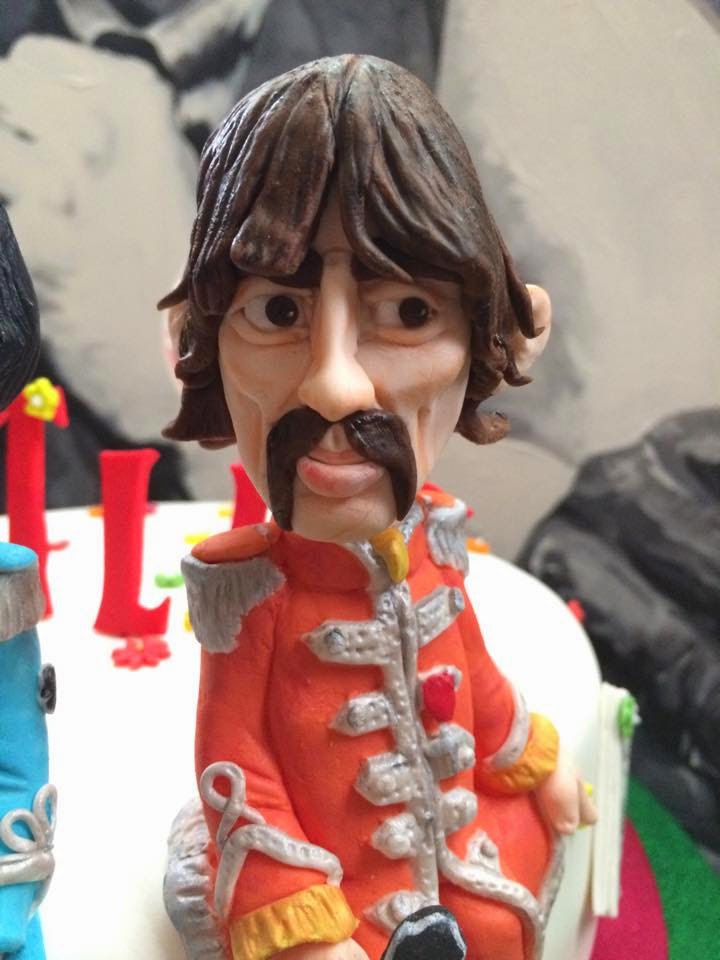 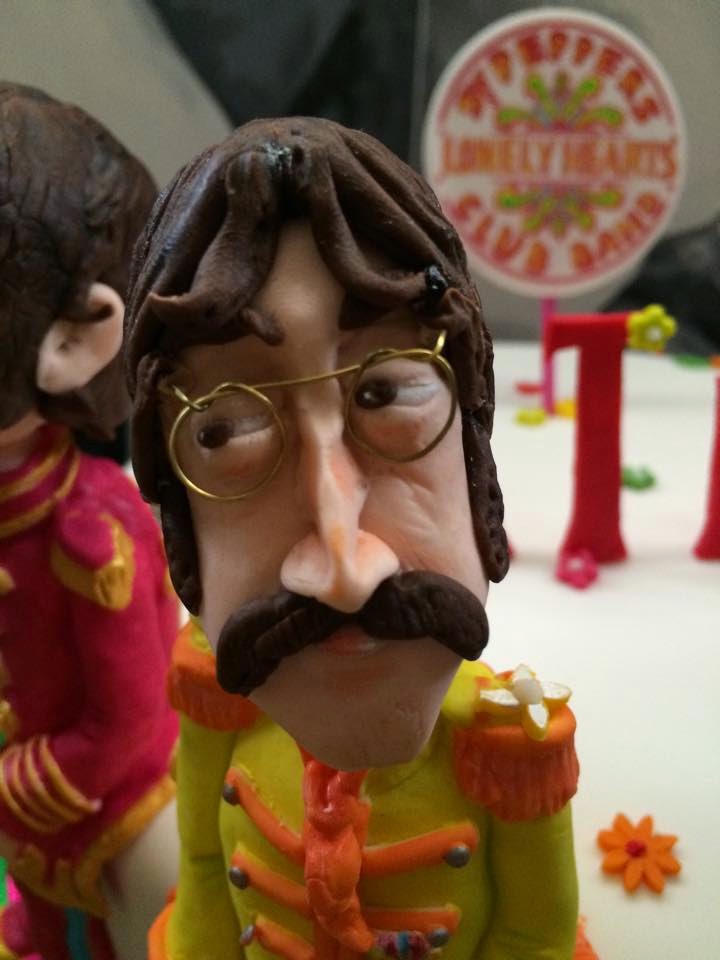 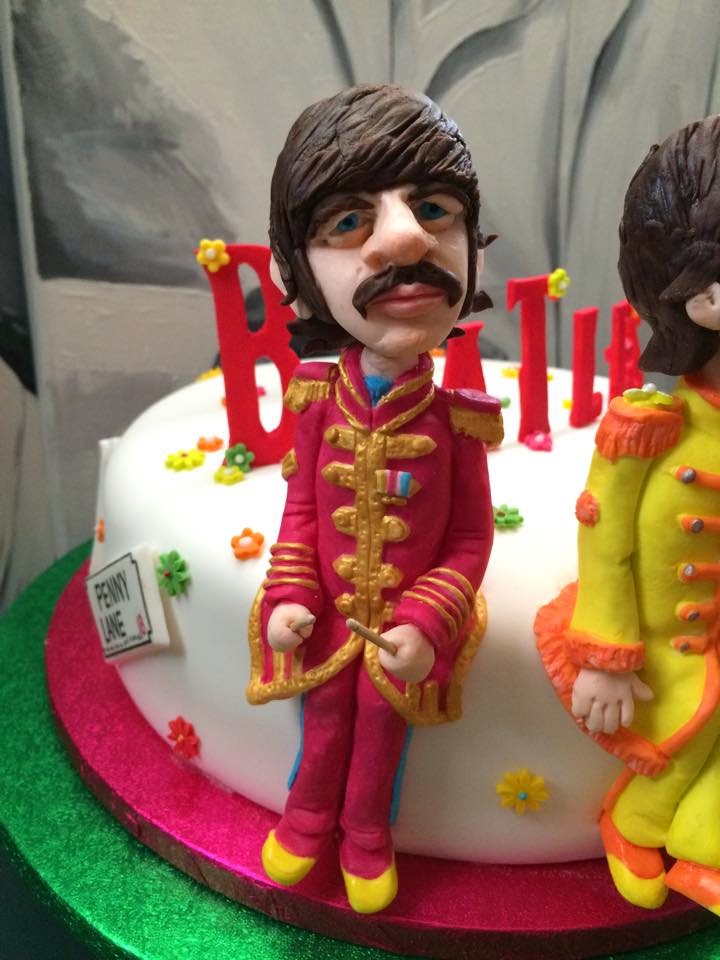 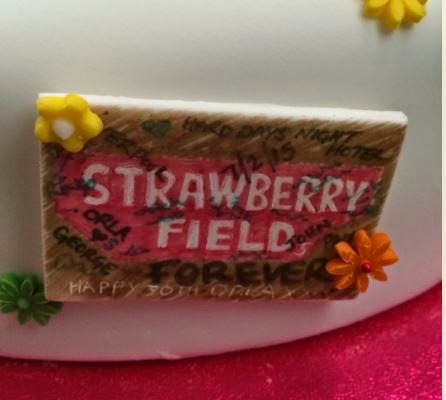 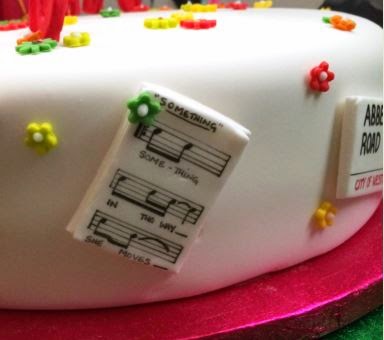 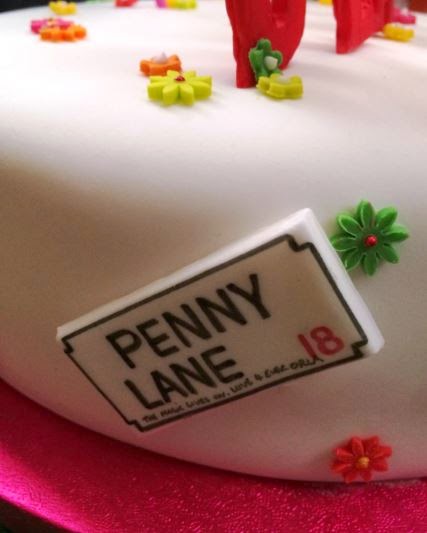 
World class tourist attraction the Beatles Story is celebrating its 25th anniversary this year and the search is on to find its most loyal global fans.

The tourist hotspot, which has seen four million visitors come through its doors and has boosted Liverpool’s economy by £300million since it opened, is looking for 25 fans from across the world to become Beatles Ambassadors.

And one extra special fan will receive an unforgettable experience including a VIP trip to the Beatles hometown of Liverpool, a stay at the famous 4 star Hard Days Night Hotel, a trip on the Magical Mystery tour and a visit to the Cavern, in addition to a trip down memory lane at the Beatles Story. The winner will also be invited to have afternoon tea with the Lord Mayor of Liverpool, Councillor Erica Kemp and will receive a luxury gift bag worth over £100.

If you believe you deserve a Beatles Ambassador title or know someone who does, please visit beatlesstory25.com to state why you or they should win.

An independent judging panel will choose the top 25 entrants who will each receive a complimentary lifetime pass to the Beatles Story, together with an exclusive Ambassador gift bag. They will also be the first to hear about important news regarding the Beatles Story events and activities.

Freda Kelly, one time secretary to Brian Epstein and The Beatles fan club said “It might be that you travelled far and wide to see them, or maybe you met them once and have a photograph with them, or you may have an attic full of memorabilia? Whatever your story we are waiting to hear why you should become one of these exclusive ambassadors.”

The winners will be announced at the Beatles Story’s 25th anniversary celebrations on 1st May.
To enter please visit beatlesstory25.com and enter by the deadline of 13th April.
Terms and conditions apply. The judge’s decision is final and no correspondence will be entered into.

Posted by British Beatles Fan Club at 17:38 No comments:

The Beatles / Eight Arms to Hold You Photo Archives 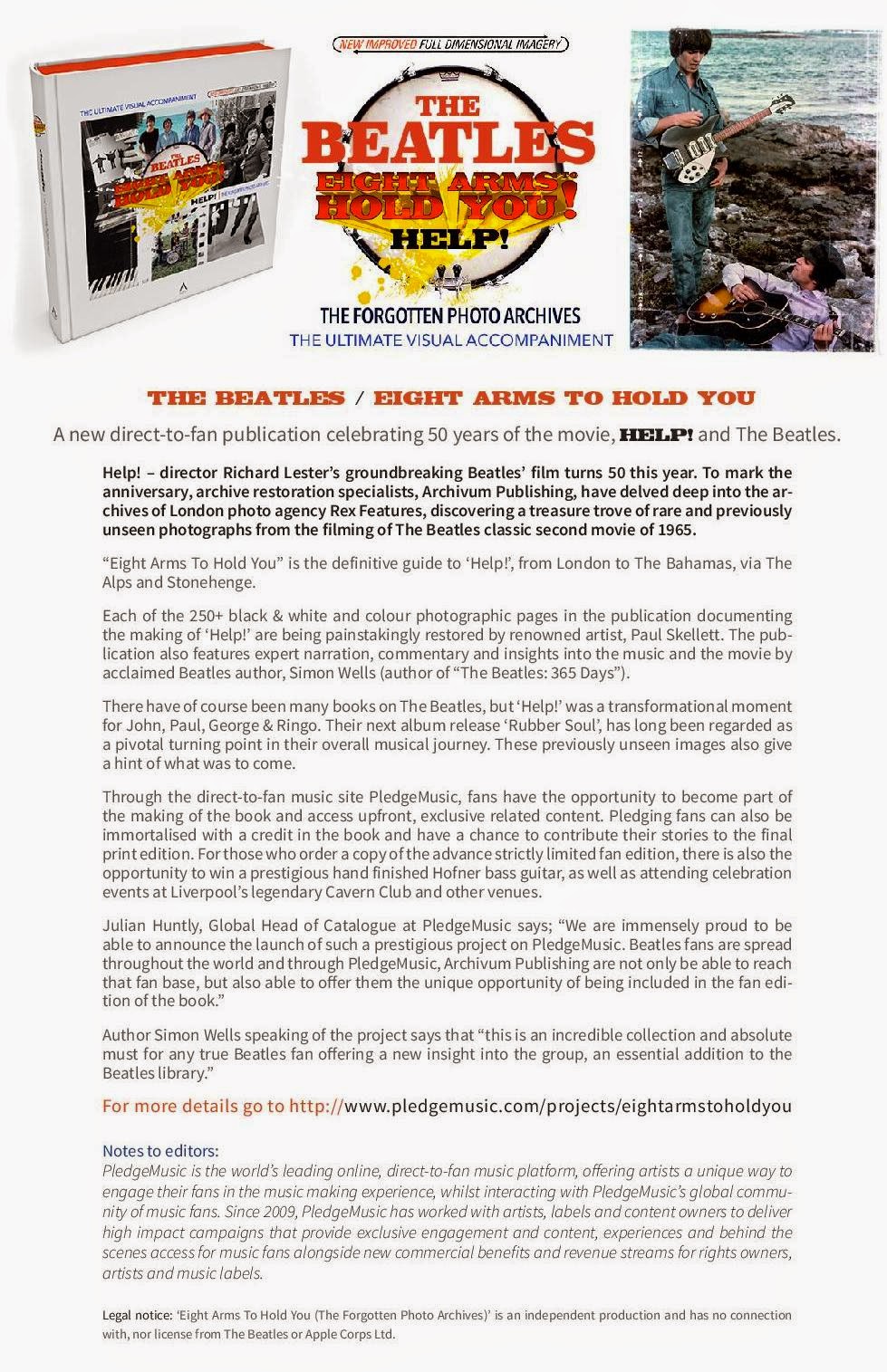 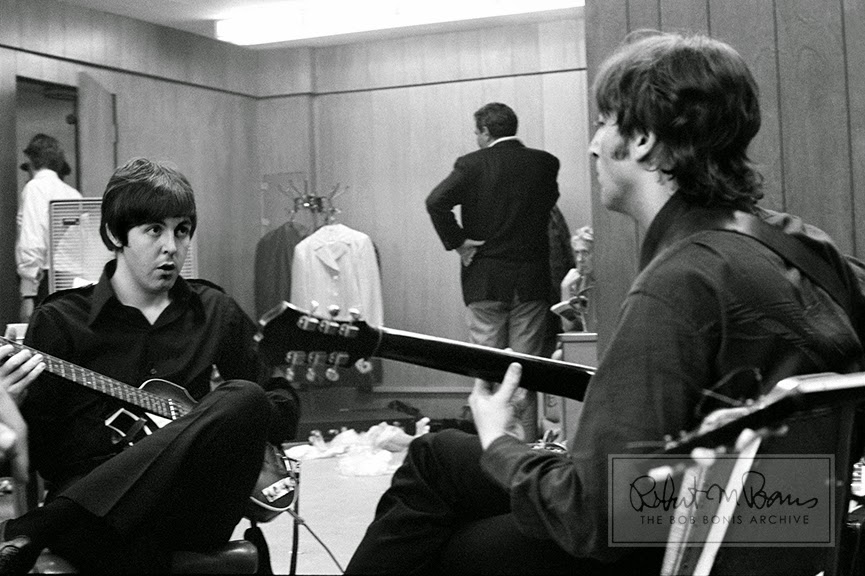 NEWLY DISCOVERED PHOTOGRAPHS CAPTURING EARLY DAYS OF THE BEATLES AND THE ROLLING STONES FOR SALE FOR THE FIRST TIME EVER, EXCLUSIVELY ON EBAY
The First 30 Limited Edition Images from U.S. Tour Manager Bob Bonis’ Private Collection for Sale, Benefitting GRAMMY® Charities
After nearly fifty years untouched, a treasure trove of rare and intimate photographs of the Beatles and the Rolling Stones will be available for purchase only on eBay, beginning today. Taken by Bob Bonis, the U.S. tour manager for both bands from 1964-1966, these limited-edition photographs show the world a new, unguarded side of the rock legends during the British Invasion. These original images from the Bob Bonis Archive will be for sale exclusively on eBay, offering music enthusiasts and collectors the opportunity to browse and own a piece of rock history. New photographs from the 5,000 image archive – most never before seen – will be released on eBay over the next two years.
As tour manager and friend, Bob Bonis had unprecedented – and to this day, unparalleled – access to life on the road with two of the world’s greatest bands. His contribution to rock history is a magnificent collection of more than 5,000 candid photographs of intimate and unguarded moments – from a never-before-seen Rolling Stones recording session at Chess Records Studio in Chicago to the only close up photographs of the Beatles 1965 stadium performance in Minnesota.
Available on eBay stores, prints will begin at $175 for an 11x14 photograph (edition of 250), $385 for a 16x20 (edition of 75), and $625 for a 20x24 photograph (edition of 50). Prints will ship worldwide and are available either framed or unframed. Each photograph is estate embossed, hand-numbered and printed on Fujicolor Crystal Archival paper. All photographs are accompanied by a Certificate of Authenticity from The GRAMMY Museum® as well as an Archive prepared package that includes a curated description of each specific photograph. Once the edition sells out, it will never be reprinted.
“eBay connects shoppers to the things they love, and the Beatles and the Rolling Stones are unequivocally two of the most revered rock bands of all time,” said Gene Cook, General Manager of Emerging Verticals for eBay Marketplaces. “Bringing the Bob Bonis Archives to eBay makes this incredible inventory available to our global community of 155 million buyers. These images offer a remarkable backstage pass to truly amazing, very human moments."
Over the next two years, the Bob Bonis Archive will regularly release new, never before seen images for sale exclusively on eBay during monthly and quarterly events. A portion of all proceeds from the first sales event will be donated to the GRAMMY Museum® and the GRAMMY Foundation® through Giving Works, the charitable arm of eBay that allows buyers and sellers to support the causes that matter most to them.
Posted by British Beatles Fan Club at 22:20 1 comment: 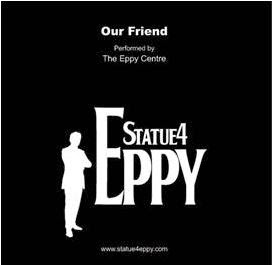 The Spirit and Legacy of the famous Cavern celebrated
_______________________________________________________________________________
A star-studded concert on Saturday 28 February 2015 at Liverpool’s Epstein Theatre was recently announced as the latest fundraiser in the high profile Statue 4 Eppy campaign. Organisers have now confirmed the full line up with tickets already on sale.
The 2-act concert, hosted by BBC Radio Merseyside’s Billy Butler will feature an impressive line-up, all coming together to celebrate the life and career of ‘Fifth Beatle’ Brian Epstein.
The Spirit of The Cavern will take the audience right back to the 60’s, with iconic musicians and performers from the Mersey Beat era including Cy Tucker, Faron, Beryl Marsden, Ray Ennis, Karl Terry, Billy Kinsley and Tony Crane; honouring the music that featured on the famous Cavern stage at the height of Brian Epstein’s reign in his prolific career.
With The Cavern still at the forefront of the Liverpool music scene, the evening will then feature The Legacy of the Cavern with performances from some of today’s finest musical talent including MonaLisa Twins, Millie Courtney and Ian Prowse.
The show will also be the official launch of the Statue4Eppy single ‘Our Friend’, which is the official song of the campaign and a special video will be shown.
The song has been written by Statue 4 Eppy campaigner, Bob Pitt, and includes the voices of acclaimed Liverpool artistes Ian McNabb, Andy McCluskey, Beryl Marsden and Ian Prowse, who are joined by guest celebrities including Tricia Penrose, psychic Derek Acorah, and actors Paul Barber and John McArdle. The song also features Billy J Kramer, who was managed by Brian at the height of the Merseybeat era.
This is latest move by organisers to both continue to raise the profile of the campaign and boost funds to create a statue in honour of legendary Beatles’ manager Brian Epstein in his hometown of Liverpool.
Brian Epstein took four Liverpool young performers and shaped their careers into the biggest pop band in the world, the rest they say is history.
Now a group of Liverpool campaigners are working tirelessly to raise £70,000 to have Brian’s amazing efforts formally recognised with a permanent statue in Liverpool. It will be created by acclaimed sculptor Tom Murphy, who also created a statue of John Lennon, which stands proud in Liverpool John Lennon Airport.
The Statue 4 Eppy Concert will take place on Saturday 28 February 2015 at the Epstein Theatre - a fitting venue as the theatre is named after the legendary Beatles Manager.
Brian Epstein was very influential within the thriving music industry of the 1960s in both Liverpool and London. But it was that lunchtime concert in the Cavern Club featuring four young Liverpool men that would change their lives, Brian’s life, and musical history forever. He spotted a special talent, nurtured it, and it was a career which would take Brian and The Beatles onto a global stage and brought with it worldwide fame.
There has been a great deal of recent recognition for Epstein. 2014 saw the music genius posthumously inducted into the Rock & Roll Hall of Fame after a campaign from fans; a commemorative Blue Plaque was unveiled at the London offices of Epstein’s company NEMS; and the play Epstein: The Man Who Made The Beatles ran for six weeks at Leicester Square Theatre in London’s West End.
The Statue 4 Eppy organisers are interested in hearing from individuals or organisations who would like to get involved in the campaign as a sponsor. To find out more email statue4eppy@yahoo.com.
The official campaign website is www.statue4eppy.com.
PERFORMANCE DETAILS