Beatles All You Need Is Love Fest 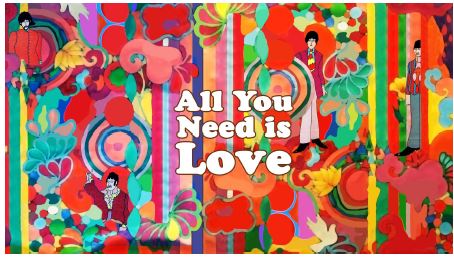 The Beatles at the Ritz Ballroom

You may not believe it but it’s true! The Beatles played the tiny Ritz Ballroom on King’s Heath’s York Road not just once but three times. The ballroom was one of four venues run by Ma and Pa Regan in the 1960’s known as the Regan circuit.

Their first appearance was in 1962 after their first single “Love Me Do” was released. Their second was on 15 February 1963 just after the release of their second single “Please Please Me”. Originally
scheduled to appear on 11 January they had been prevented by blizzard like conditions from making the 11 mile journey to King’ Heath from one of the Regans other venues – The Plaza in Old Hill
Their third and final appearance was on 5 July 1963 after a last minute re-arrangement of venues on the Regan circuit.

Rubber Soul Rebound was one of the last recordings made at King’s Heath’s legendary Highbury Studio. The album features The Move’s Trevor Burton, Fuzzbox’s ViX & her Ms Chiefs, Boat To Row’s Michael King, Abi Budgen & Dan Wilkins, Acoustica, David Garside, Eleanor Dattani, Goodall, Hannah Brown, Peters & Dog, Sylvia, The Eggmen and Tim Walkerdine and ends with an
ensemble version of “Run For Your Life” including a guitar solo by Steve Ajao. The CD costs just £10 and will be on sale at the Fest and via www.kingsheathwalkoffame.org.uk. All money raised will go to King’s Heath Walk Of Fame - a small charity that aims to commemorate King’s Heath’s amazing musical, cultural and sporting heritage through plaques, pavement stars and live events
info@kingheathwalkoffame.org.uk or phone 0121 689 2360 or 443 5237
Posted by Michele Copp at 00:28 1 comment: 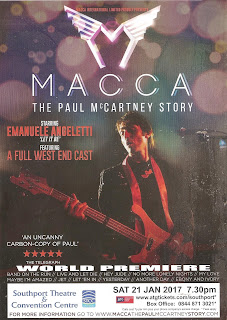 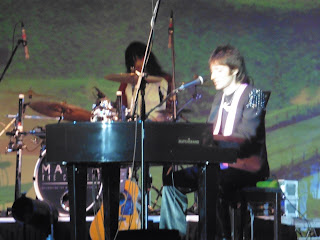 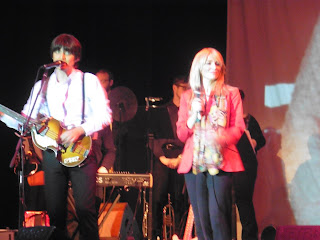 The year 2016 has sadly seen a number of Beatle connections leave us, starting in January with George Martin, and ending in December with the sad news that Sam Leach and Allan Williams had both passed away within a few days of each other.

In 1961 Sam saw The Beatles for the first time and started working with them. He was responsible for arranging their first appearance in the south of England in Aldershot in the December of that year. Overall he promoted them for over 40 shows between 1961 and 1962.

He promoted many shows at the New Brighton Tower Ballroom

In 1980 he was responsible for organizing the memorial service at St George’s Hall following John Lennon’s assassination.

He would subsequently appear at many Beatles festivals and conventions and for the past few years had a stall at the Adelphi on convention day just a couple away from the BBFC stall.

He was always polite and would oblige fans with photographs and autographs.

Sam’s role in the history of The Beatles is an extremely important one.

Allan Williams was born in Bootle on 17th March 1930, with his family roots in Wales.

As a teenager, Allan left home and began singing with Joe Loss.

With the Liverpool music scene starting to emerge in the late 1950’s he leased a shop on Slater Street, turning it into the Jacaranda Coffee Bar, which opened in September that year. John, Paul and Stuart Sutcliffe were regular customers and asked if they could play there. However, he commissioned John and Stu to decorate the venue, which eventually led to them playing there on occasions.

Allan was sending groups to Germany and had a good relationship with Horst Fascher and Brno Koschmider. When asked for another group, he was ready to send The Beatles in August 1960 with their new drummer Pete Best. Howie Casey (who would later play with Paul and Wings during their world tour of 1976), and at the time was playing in Hamburg, was not best pleased and felt if The Beatles went to Hamburg, it would be the end of the groups playing there.

With The Beatles having virtually no money, Allen drove them himself to Hamburg on this their first visit. Hamburg made The Beatles, playing 8 hours a night. They became a tight unit. Not just in playing, but as friends as well. Without Hamburg, The Beatles would not have been the phenomenon they became, and us Beatles fans have Allan to thank for that.

Allan was their manager until a disagreement over his commission saw him quit as manager in 1961. Brian Epstein appeared on the scene, and the rest as they say is history.

After The Beatles made it, Allan eventually released his book “The Man Who Gave The Beatles Away” in 1975 and was also responsible for recovering the tapes that eventually became the “Live at the Star Club” album released two years later.

He would later make an interview CD telling in his own words his story in 2000, on Bandline records.

He was a regular at The Grapes on Mathew Street and frequently appeared at conventions, like Sam. Allan again would happily sign autographs and pose for pictures. Je also appears on the bonus disc of the “Eight Day’s A Week” dvd.

Without Allan and Sam, The Beatles history would be so different, and for that we thank them both.

We at the BBFC were extremely sad to hear of their passing and send our love and condolences to their families.

Posted by Michele Copp at 12:29 No comments: