The Beatles in Bedfordshire

Neil Turner wrote "I've been reading several Beatles bios and came across McCartney's visit to the village of Harrold in June 1968, where he debuts Hey Jude to a dentist and his family.

I made a short film which tells the story and retraces the journey to and through the village."

Posted by British Beatles Fan Club at 22:02 No comments:

Coming soon - the August 2020 BBFC Magazine Issue 74 is at the printers and will be posted soon to subscribers.

Remember that membership in the British Beatles Fan Club makes a wonderful gift that keeps on giving all year long with four quarterly issues of the magazine included in membership. Click here for membership details.

Posted by British Beatles Fan Club at 21:28 No comments: 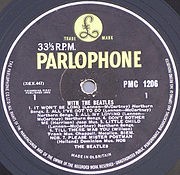 Are you a Beatles memorabilia collector? Was John one of your favourites?  Discovery UK is creating an exciting new series about collecting and sharing memories, and want to hear your stories. We'd love to hear from men... but also, are there any women collectors out there?  If this sounds like you, please don't hesitate to get in touch to find out more.
Contact: Caroline - carolinebacle@gmail.com
Posted by British Beatles Fan Club at 14:23 No comments:

Email ThisBlogThis!Share to TwitterShare to FacebookShare to Pinterest
Labels: Looking for fans

Opportunity for Artists and Animators 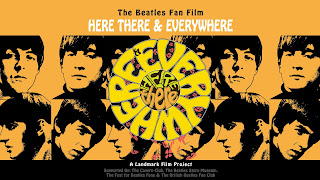 Call out to artists and animators to submit works for Here There & Everywhere, The Beatles fan film

As some of you may know there has been a huge social project going on over the past 4 years culminating in a documentary called Here There & Everywhere, which is the ultimate love letter from Beatles fans to the band. Directed by Simon Weitzman and edited by fellow fan, Andy Lee, the Fan Film project will finally be released in 2021.

However, this is a call to arms from the makers of the film to all artists and animators in The Beatles fan family. They want you to get in touch with them to submit your artwork of the FAB4, both as a band and individually throughout their careers to be included in the film. All used submissions will be credited.

They are also looking for animator fans who want to showcase their work and submit anything from 5 to 15 seconds of animation, again to be credited and used in the final film. With individual artworks they need to be submitted at high resolution via www.wetransfer.com to simon@badhalo.com and Simon will acknowledge receipt. The production will be working with The British Beatles Fan Club to work with artists on specific briefs via updates. Submissions can start now and will be accepted until the end of November 2020.

Fans can learn more about the film at https://www.facebook.com/HTAEBEATLESFANFILM and through regular updates here, so keep a look out.
Posted by British Beatles Fan Club at 17:40 No comments: 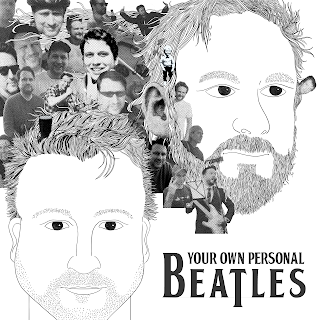 Email ThisBlogThis!Share to TwitterShare to FacebookShare to Pinterest
Labels: podcasts

Watch your in box for an announcement and a survey 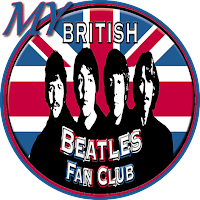 As this social distancing continues to limit travel and attractions, the fan club committee have been exploring ideas to help our members get more value for their membership.

For those of you who were members of our Yahoo group, you will have noticed that the "improvements" from Yahoo are were not helpful and it is no longer a viable platform for interacting with each other.

Today we are sending out an email to all the members for whom we have an email address.  It explains our ideas and has a link to quick survey to get your thoughts and ideas.

If you don't get the email and would like to get it, go to our contact page on the website and send an email to the webmaster and provide a current email address and we will resend to you.

Thank you,
The BBFC Committee
Posted by British Beatles Fan Club at 15:19 No comments:

See the Mersey Beatles in your car - July 26 in Liverpool 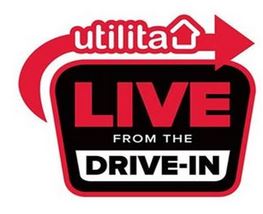 THE MERSEY BEATLES JOIN LIVE NATION’S
‘UTILITA LIVE FROM THE DRIVE-IN’ SERIES
FOR UNMISSABLE LIVERPOOL SHOW
The legendary music of The Beatles will be celebrated in the band’s home city with a major open-air concert on the banks of the River Mersey.
It is today confirmed world renowned Liverpool-born tribute band The Mersey Beatles will play a special drive-in show at Liverpool’s Central Docks as part of Live Nation’s Utilita Live From The Drive-In series.
And this unmissable concert – on Sunday July 26 – is set to be this summer’s biggest live music tribute to the Fab Four in the UK.
Tickets go on sale on Monday June 29 at 10am via www.livenation.co.uk
Live Nation, the world’s leading live entertainment company, is reimagining the live music experience during a time of social distancing by allowing fans to enjoy concerts in a one-of-a-kind drive-in setting.
Designed to comply with all official guidelines, Utilita Live From The Drive-In will see some of the biggest names in UK music perform live on stage backed by a full concert production. Audiences at 12 sites across the UK will enjoy shows from the comfort of their own private viewing zones next to their cars – with each zone appropriately distanced from one another.
Tony Hadley, The Streets, Cream Classical Ibiza, Gary Numan, Embrace, KT Tunstall, Tom Grennan, Lightning Seeds, The Zutons and Beverley Knight are among the headliners already confirmed for the Liverpool series.
And music fans are in for a hit-packed treat as The Mersey Beatles bring their famed live show – which takes audiences on a magical trip through the iconic music of the greatest band of all time – to the Mersey’s world-famous docklands on July 26 (21:00 BST).
Formed in Liverpool in 1999, The Mersey Beatles – Mark Bloor (John), Steven Howard (Paul), Craig McGown (George), Brian Ambrose (Ringo) and Tony Cook (keys/percussion) – were the resident Beatles’ band at the legendary Cavern Club between 2002-2012 – clocking up more than 600 gigs.
Since leaving The Cavern, the band has toured the world many times over – winning legions of fans for their faithful recreation of The Beatles’ unmistakable Liverpool-born sound.
Steven said: “We cannot wait for July 26 – it’s going to be an incredibly special night on the banks of the River Mersey here in our home city.
“Like all bands we saw all our touring plans for 2020 – which included shows across Europe, America and Australia – halted by the Covid-19 pandemic. ‘Utilita Live From The Drive In’ is a brilliant concept by Live Nation and we are thrilled to be part of it.
“It’s going to be so great to get out there on a stage again and play for an audience. This show is going to be a hit-packed celebration of the greatest band of all-time – and played where it all began right here in Liverpool. It’s going to be amazing!”
For more information about Utilita Live From The Drive-In, including performance schedules, locations and full terms and conditions, go to  www.LiveNation.co.uk/utilitalivefromthedrivein
Posted by British Beatles Fan Club at 14:50 No comments: