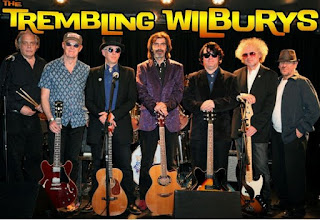 The Trembling Wilburys  are playing the Cavern in Liverpool this Sunday 29th October as special guests of Steve Rodgers (son of Paul, Free/Bad Company) who's currently on tour with his band promoting his debut album.


The Trembling Wilburys pay perfect homage to the Traveling Wilburys, the amazing supergroup formed by George Harrison, Roy Orbison, Jeff Lynne, Bob Dylan and the recently departed Tom Petty (R.I.P.), with hits including ‘Handle With Care’ and ‘End Of The Line’ as well as numbers from their incredible solo catalogues plus Beatles & ELO songs.


The original Wilburys never played live as Roy Orbison passed away shortly after the release of their debut album in 1988, but luckily the “Tremblers” can bring you their version of the show that never was. The band also features two of the closest look & sound-alikes of any tribute act, with Glen Knowler being the virtual living double of George Harrison, while Dave Collison perfectly captures Roy Orbison’s unique vocal range and style. Absolutely NO WIGS in this band, folks, just great musicianship and an incredible live show that will have you rocking in the aisles! Timings as follows:

You are invited - Saturday Oct 21

Members of The Beatles Fan Club are invited to our author event:

Leslie Cavendish
The Cutting Edge: The Story of the Beatles’ Hairdresser Who Defined an Era

The Beatles’ hair changed the world. As their increasingly wild, untamed manes grew, to the horror of parents everywhere, they set off a cultural revolution as the most tangible symbol of the Sixties’ psychedelic dream of peace, love and playful rebellion. In the midst of this epochal change was Leslie Cavendish, hairdresser to the Beatles and some of the greatest stars of the music and entertainment industry.
But just how did a fifteen-year-old Jewish school dropout from an undistinguished North London suburb, with no particular artistic talent or show­business connections, end up literally at the cutting edge of Sixties’ fashion in just four years? His story – honest, always entertaining and inspiring – parallels the meteoric rise of the Beatles themselves, and is no less astounding.
Saturday 21 October, 2:00-4:00pm at Idea Store Whitechapel
Book your free tickets here: cuttingedgeisw.eventbrite.co.uk
Posted by British Beatles Fan Club at 00:26 No comments:

We have been asked to help spread the word about this contest that is being run by a group in Spain to help the project by the Salvation Army in the UK. See the two images below. One is about the contest and how to enter. The second explains the cause that it is in aid of. 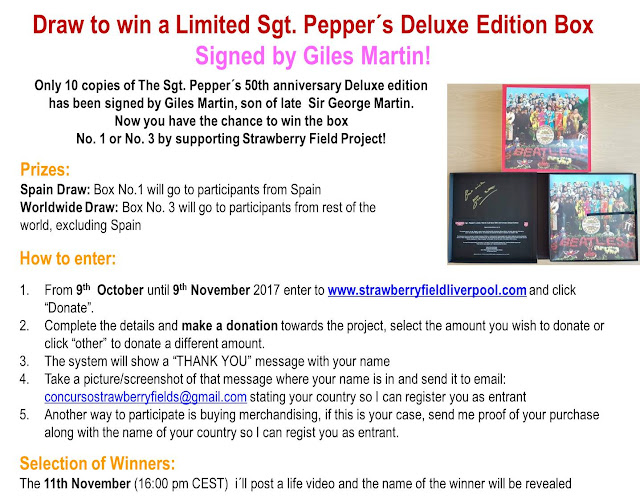 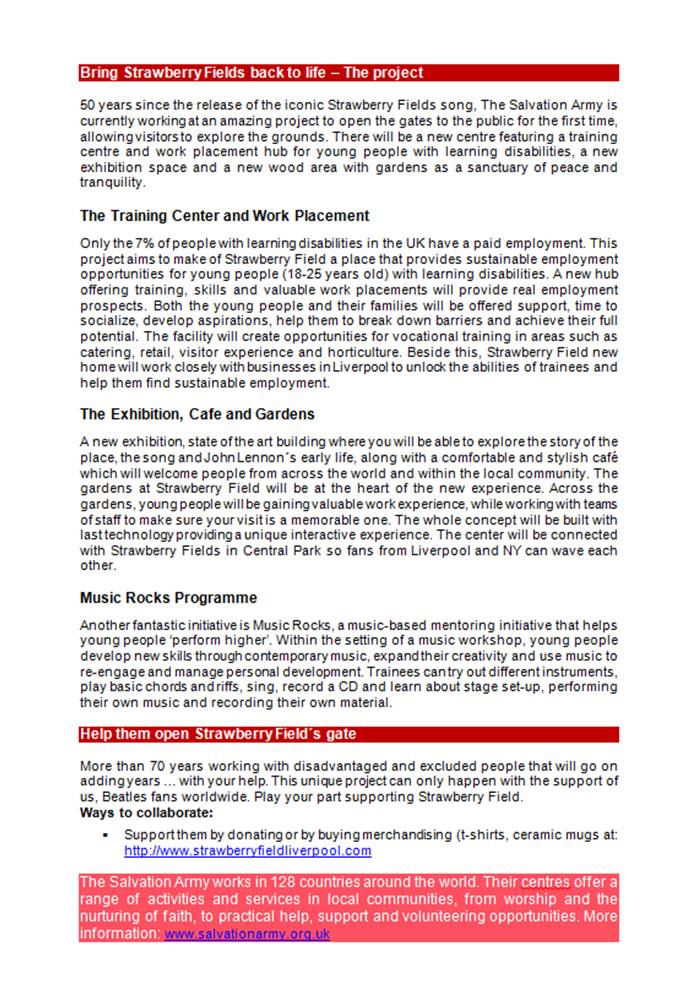 Posted by British Beatles Fan Club at 14:33 No comments: 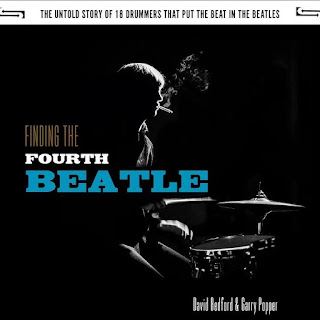