The 34th Annual John Lennon Birthday Party at Enoch’s Pub is recognized as the longest-running Lennon birthday party in the United States and continues the celebration again this year. 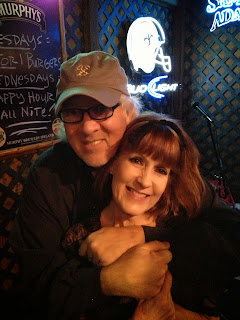 Calling all Beatles and Lennon fans! The 34th annual John Lennon Birthday Party will be held at Enoch's Irish Pub & Café in Monroe, Louisiana on Wednesday Oct. 9, 2013 at 7 pm. This celebration, which began in 1979 - the year before Lennon was murdered, has twice been recognized by Yoko Ono with her appreciation.

Live music for the night will be provided by recording artist, Kenny Bill Stinson - an honoree into the Louisiana Music Hall of Fame Kenny was featured in the PBS film, "River of Song" and is a blend of rock 'n' roll and blues. Beatles songs are his specialty. Also performing will be local musician Dennis Goodwin.

Birthday cake and an Irish toast will provided by Honorary Hostess Jude Southerland Kessler. Ms. Kessler is the author of the nine volume John Lennon Series. Enoch’s owner Doyle Jeter, a fine art lithographer, was commissioned by Kessler to illustrate the novel.

Doyle and Jude are encouraging other Lennon birthday celebrations across the U.S. to write to Jude at rjkess@comcast.net to establish ‘FaceTime’ feeds at 9:09 pm when all celebrants across the country will join together to sing "Happy Birthday" to John via ‘FaceTime’ at 9:09 pm.