ALL YOU NEED IS LOVE – VALENTINE’S PROPOSAL IN THE BEATLES STORY, LIVERPOOL – AND SHE SAID YES!

In honour of Valentine’s Day (14th February), world-famous visitor attraction, the Beatles Story in Liverpool, in the hometown of The Beatles, threw open its doors after hours for FREE for lovers to propose to their beloved. 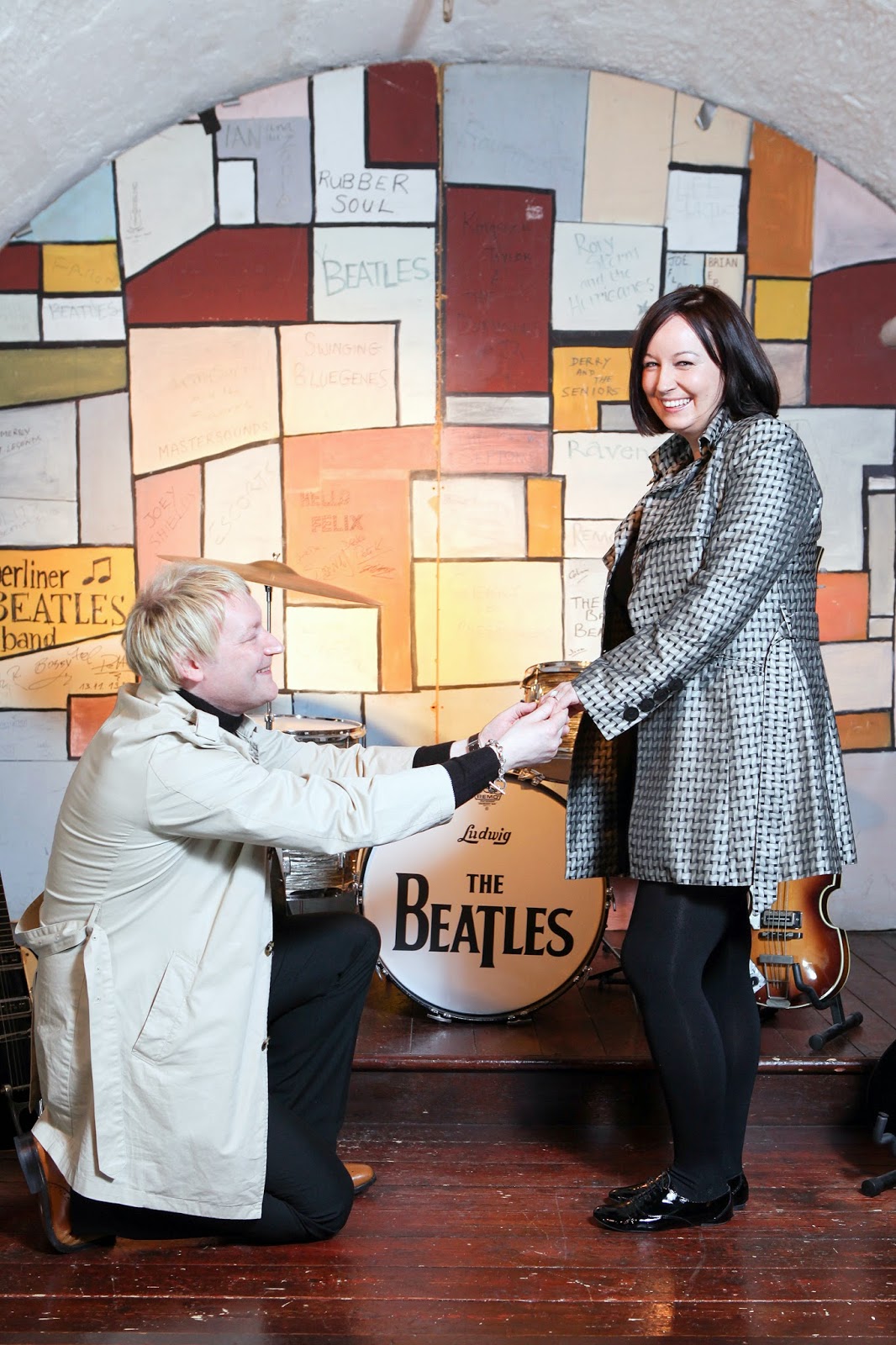 And this Valentine’s evening Gavin Fitzpatrick proposed to Caroline in the Beatles Story  - and she said yes! (see picture attached)

About Gavin and Caroline...

Gavin and Caroline are from the south side of Dublin, Ireland. They met through friends in 2006 at a mod music event. Gavin works in the printing industry and is also a DJ – the Fab Four are always on the turntable. Caroline works in the hotel industry and is also studying in college. Both are massive Beatles fans and have visited the Beatles story many times. When Gavin found out that the Beatles Story were opening their doors to lovers on valentine’s day, it was the opportunity he had been waiting for! After Caroline said yes, the coupled headed to Smugglers Cove for a celebratory cocktail!


Staff from the award-winning exhibition were on hand to capture the magic moment with a photograph, celebrating proposals with a bouquet of flowers and a bottle of Champagne on ice.
The Beatles Story will be continuing to spread their love with a special two-for-one ‘Love Me Do’ offer*, aimed exclusively at couples across the entire Valentine’s weekend (14th – 16th February).
As you would expect from the band that famously sang All You Need Is Love, The Beatles wrote their share of love songs. In fact, The Beatles used the word ‘love’ in their music 613 times.
Located in the heart of Liverpool’s Albert Dock - a key part of the city’s UNESCO World Heritage Site along the banks of the River Mersey – The Beatles Story is surrounded by some of the most stunning architectural sights in the UK; perfect for a romantic stroll by the river before having a meal at one of the Dock’s many award-winning restaurants.
Clare Ireland, General Manager of Beatles Story says:

“So much of The Beatles’ music focuses on love, so it makes perfect sense for couples to come to the hometown of the famous four to propose to each other. We feel that by offering such a unique romantic setting for a marriage proposal, we can complement what will already be a perfect day.”

The Beatles Story is Liverpool’s leading visitor attraction and has won countless awards for its customer experience as well as the content of its exhibition. The exhibition is a chronological tour through the lives and times of The Beatles from their skiffle roots through to Beatlemania and beyond.
Each area of the Beatles Story transports people back in time in the lives of The Beatles and it is this immersive quality that will appeal to Beatles fans looking to make an unforgettable marriage proposal in a unique, tasteful and timeless fashion.
www.beatlesstory.com
Posted by British Beatles Fan Club at 17:43