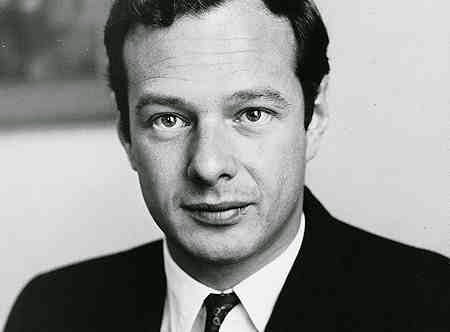 SongLink International is proud to be the title sponsor of the Heritage Foundation's Blue Plaque for Brian Epstein which will be unveiled at 12 noon on Sunday 29th June, at Sutherland House, 5/6 Argyll Street, London W1 next door to the London Palladium.

Epstein's company NEMS Enterprises occupied offices on the fifth floor of the building from the height of Beatlemania in 1964 until shortly after his tragic death in August 1967, aged just 32. Epstein would have turned 80 on September 19th this year, and was recently posthumously inducted into the USA's Rock & Roll Hall of Fame. A bio-pic of his life is also currently in development.

David Stark, founder and editor of SongLink, the global song-plugging resource said, "As a lifelong Beatles fan I'm delighted to be involved with this official commemoration of Britain's most famous music manager. Epstein's signing of the Fab Four in 1962 developed into the greatest story in music and showbiz history, thanks to his belief and vision that the group could conquer the world, but even he couldn't have foreseen to what extent that would become true. Sadly Brian only lived to enjoy five years of their phenomenal success from 1963-67, but it's important that we recognise his outstanding contribution to the music industry and popular culture in his short but highly influential life."

VIP guests at the unveiling ceremony will include Geoffrey Ellis, Liverpool friend of Epstein and MD of NEMS Enterprises (later a PRS director) who worked at Argyll Street from 1964-67; Tony Bramwell (ex-NEMS & later head of Apple Records); Beatles author Mark Lewisohn; actor Andrew Lancel who stars in the upcoming play "Epstein - The Man Who made The Beatles"; Martin Lewis who secured Epstein's induction into the Rock & Roll Hall of Fame; Rod Davis of The Quarrymen (the band that became The Beatles); Adam Ant and other celebrities. The event will be hosted by actress Vicki Michelle, President of the Heritage Foundation, and followed by a sold-out tribute lunch at the Marriott Regents Park with live music by the Trembling Wilburys, Dave Berry & others. In addition, messages of goodwill to be read out on the day are being received from Sir Paul McCartney, Ringo Starr, Cilla Black, Sir George Martin and others associated with Epstein.

David Stark added, "It's totally fitting that Brian Epstein should be honoured in his 80th birthday year, and at one of the most prestigious show business locations in the world - right next door to the London Palladium, where his clients The Beatles, Cilla, Gerry and Billy J. Kramer all performed. I'm delighted that the current owners and managing agents of Sutherland House have given permission and their blessing for the plaque to be erected, and am sure it will give pleasure and be of enormous interest to the hundreds of tourists and music aficionados who pass by the site each day, not realising that this was the place where so much of the Fab Four's busy day-to-day schedule was meticulously planned by Brian and his staff. The Heritage Foundation and I are proud to honour the man who paved the way for so many others in the music business, and who is still recognised as being one of the most visionary, hard-working and totally honest managers of all time, without whom The Beatles phenomenon might never have happened."