The tiny little station that hosted The Beatles 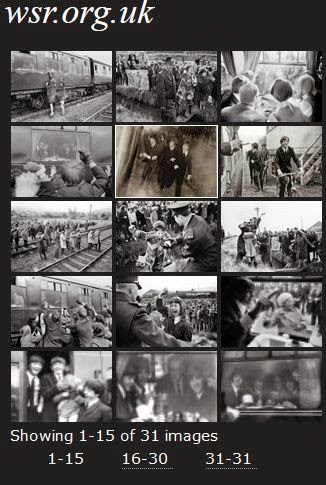 Back in 1964 when the Beatles were filming "A Hard Day's Night" they chartered a train from Paddington for filming the first twenty minutes of the film which take place on board a train.

They also filmed a chase scene outside of Marylebone station.

But a lesser known station in Somerset also had a role to play in this film and it recently celebrated the 50th anniversary of the film and their participation in its making.

The train from London stopped in Minehead and the locals went wild to find the Beatles in their midst. Read about this momentous moment in Minehead history (including some amazing photos that most of us have not seen before) written by Timothy King here.
Posted by Michele Copp at 17:25