Notice - the film company contacted us to say they can't provide the poster as promised so the prize has been changed to two free tickets to see the film.

It's been awhile since our last competition so when the makers of this wonderful new film featuring John Lennon's music asked if we would like to have free tickets to the film to offer as a prize, we jumped at the chance!

To make it fun, we took our inspiration from the film.  Since the film is about a letter from John Lennon to Danny Collins, we've created a fictitious letter from John that he might have written while out in Almeria Spain filming "How I Won the War" in 1966.

All you have to do, is deduce from the clues in the letter,  to whom the letter was written.  All correct entries will be put in a hat for a drawing and the lucky winner will be randomly selected on May 29th, the date the film Danny Collins is released in the UK. 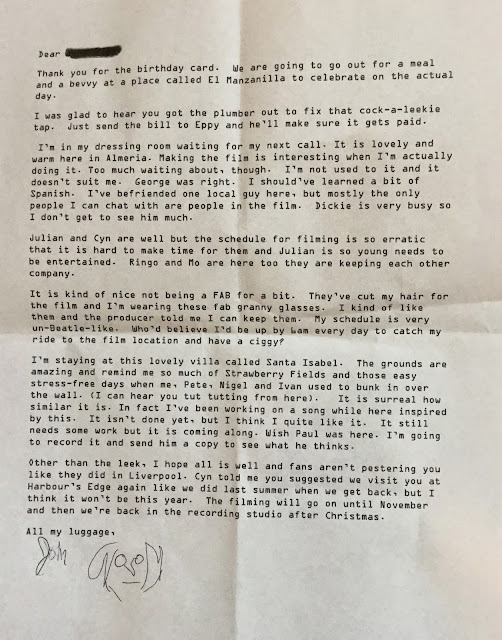