Fun at the Brooklyn Bowl in London this Friday

Need something to do in London this Friday? 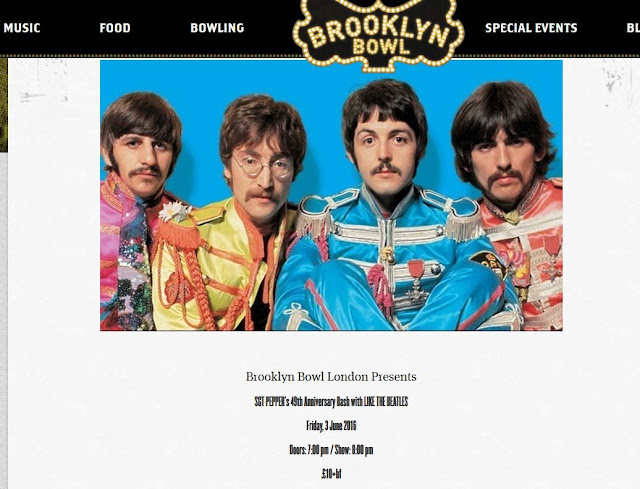 Brooklyn Bowl celebrates the 49th anniversary of one of the most important albums of all time, SGT PEPPER’s LONELY HEARTS CLUB BAND, as well as the entire musical legacy of the Beatles! LIKE THE BEATLES will deliver 3 amazing sets of Beatles classics, from the early hits, to the Sgt Pepper Era (with the Sgt Pepper costumes) and a big finale of the Abbey Road era with all the anthems!

Get details and tickets here
Posted by British Beatles Fan Club at 00:01