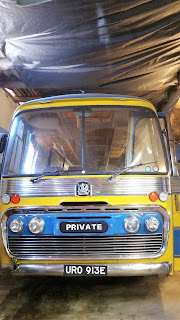 As the 50th anniversary of Magical Mystery Tour is next year, we are starting to learn about different projects in the works connected with the film.

Fifty years ago Simon Mitchell and his sister had the amazing good fortune to be extras in the film as children.  Fast forward half a century and the Magical Mystery Tour is still part of his life.  Two years ago he purchased a coach - a Bedford VAL Plaxton Panorama. The Bedford VAL was a coach built during the 1960s in the U.K. with two steerable front axles which was rare at the time.

Simon, a member of the Hannover Beatles Fan Club, purchased this coach with help from friends with a vision in mind. He had already begun an collection of Magical Mystery Tour memorabilia with the aim of creating a museum that would help children with cancer.  He envisioned his museum including a duplicate Magical Mystery Tour bus. 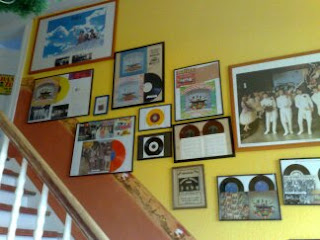 With his bus purchased he now began the process to repair it and transform it into a brand new Magical Mystery Tour bus.

Simon now lives in Germany so the bus is currently near Hamlin in Germany awaiting to be finished.

To make this plan a reality, Simon needs to get the restoration of the bus completed and it also needs to be inspected by the German TÜV to be allowed on the roads.

Simon is asking us to help spread the word about his project to make it a reality in time for the anniversary.  He says "It‘s not about me, its about children who need our help. Any amount given will be warmly accepted and will be a huge help with  my project.  One may donate  with or without  ones name being mentioned. Thank you." 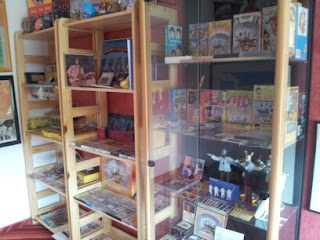 Here is the link to his crowdfunding page.
Posted by British Beatles Fan Club at 15:59

Email ThisBlogThis!Share to TwitterShare to FacebookShare to Pinterest
Labels: 50 Anniversaries