Reminder: Ticket to Write next weekend

Reminder about this wonderful event next weekend. 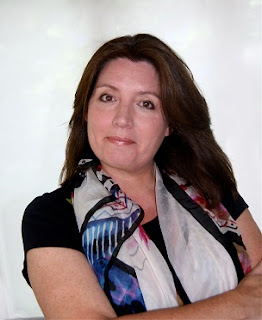 This fifth-year of the Beatles-themed Ticket to Write play festival will feature a drama about the “Fifth Beatle” Pete Best.

The play, “Drums Along The Mersey”, is an affectionate look at the part Pete’s mother Mona played as the Godmother of Merseybeat.

It is partnered with “Shake It Up Baby” a powerful yet moving comedy about Beatles-fanatic Bev who gets more than she bargained or when she seeks romance on the internet.

The event is being staged at Unity Theatre, Liverpool, on September 23 and 24.

“We have two very different stories but each celebrates The Beatles and their music in its own way,” says producer Jamie Gaskin.

“Shake It Up Baby” author Suzan Holder  is a writer, television and theatre producer and director.
She trained as a newspaper journalist before moving into TV. She was Series Producer of ITV’s daytime show “Loose Women”. Suzan has worked as a theatre producer for Brendan O’Carroll, creator and star of BBC TV comedy “Mrs Brown’s Boys”.

Suzan has own drama company, Dramarama, and has taught theatre skills to youngsters aged 7 -18 years and staged many musical theatre productions. She has written several original stage scripts and her work has been performed worldwide.


Peter Harrison, writer of “Drums Along The Mersey”, hails from Liverpool. He is a retired journalist who worked first in newspapers and then with BBC radio and television in Manchester.
He has written talks and stories for BBC Radio 4 and is the author of many plays both for BBC local radio and the stage. The most recent, “Liverpool-Dieppe, One-Way”, was transmitted on Radio Merseyside to mark the Battle of The Atlantic celebrations in 2013.

Peter’s play “The Circus on Lime Street”, about the notorious Liverpool case known as the Cameo Cinema Murders, was staged in successive years in the preserved Victorian courtroom in St George’s Hall, Liverpool, where George Kelly, victim of a sinister police conspiracy, was convicted and later hanged for the crime, being posthumously pardoned over 50 years later.