Here There and Everywhere - A Film made by Fans for Fans! 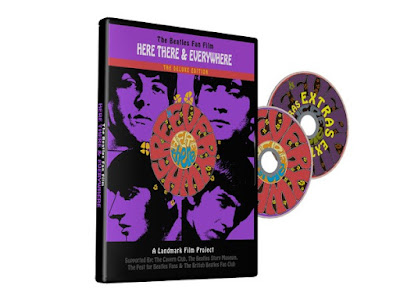 A Film made by Fans for Fans! Supported by The Cavern Club, The Beatles Story Museum, The Hard Days Night Hotel, The Fest For Beatles Fans, Abbey Road on the River and The British Beatles Fan Club.

Here There And Everywhere (HTAE) is an 80-minute ‘love letter’ spanning the band’s history as seen through the eyes, felt through the hearts and as told through the memories of their fans . . . from those who organise the fan festivals and tribute concerts . . . the memorabilia collectors who amaze and delight with their rare and unseen photographs and films. . . The Club runners who keep the fans together, to the authors and artists who continue to breathe fresh life into the never-ending magical mystery tour.

The film will feature never-before-seen, restored fan footage and photographs, providing a first-hand history about the opportunities created through the love of the band. Many artists and bands will pack HTAE with performances. Special licensed recordings will also be produced, featuring musicians and vocalists from around the world, creating a global Beatles  soundtrack.

Contributors to the Pledge campaign will receive a signed DVD of the movie before the launch. Those who pledge for the DVD offerings will also see their name on the film’s credits, if they pledge during the campaign. So yes, that’s right, your name will appear up in lights on the credits of this film.

As part of the ongoing production the producers will also encourage artists and animators around the world to include their Beatles-inspired interludes in the film. But perhaps most importantly, if you fans have a story to tell, then get in touch and we will look to see if we can include you and your story in the film. This is a fans film, so amidst the array of interviews and performances we want to include you!

The film will launch at a number of iconic venues after release, with a TV network broadcast release at the conclusion of the project. The film will also be streamed on partner websites, with exclusive introduction interviews and extended excerpts at each partner site. Here There And Everywhere will also be shown at a number of film festivals, along with other staged releases,  including preview theatre and launch screenings in the UK, USA and Europe; to be confirmed. Production starts in late February/early March, 2017.

Click here to learn more.
Posted by Michele Copp at 12:24