Discount tickets for fan club members - The Analogues May 22

Update: The Analogues have arranged for a 50% discount code for fan club members making the tickets just  £13.75 .  Go to http://www.eventim.co.uk/th e-analogues and enter promotion code analogues50 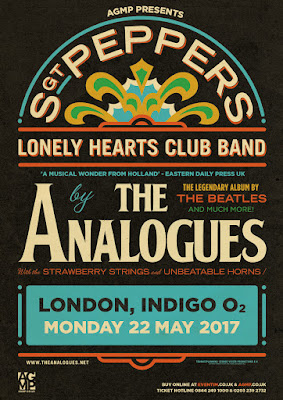 Click to to hear them, learn more about them and BUY tickets to the show before it sells out!
Posted by British Beatles Fan Club at 14:28