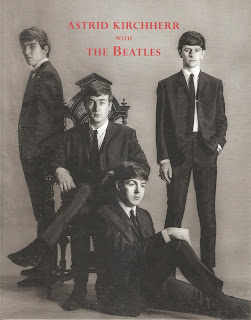 Sonic Editions, a company created to make limited edition high quality fine art photographic prints affordable for the first time, who works with some of the world’s best photographers and picture archives are offering limited edition gallery quality music photography of the greatest musicians, film stars, cult heroes and cultural icons from only £79 framed (€119/$129).
They've just added previous unseen Beatles pictures, and have arranged with the BBFC to offer a 10% discount from Friday November 24 through Monday November 27th.

The photos on sale are shots are from the recording of "The Music of Lennon and McCartney" Tv Show in 1965.You can have a look at the gallery here: http://bit.ly/2hHtdPs
To take advantage of the discount use the code “blackfridaybeatles" at the checkout stage of your purchase.
Posted by British Beatles Fan Club at 23:54 No comments:

Win tickets to Macca The Concert!

Enter today to win two tickets to the hot new show ‘Macca the Concert- Celebrating the Music of Paul McCartney'. Learn more about this fab show on the show's website and Facebook page.

The Prize
The British Beatles Fan Club, in conjunction with Joe Richardson Marketing, have two tickets to give away for this show at the tour locations and dates below:
How to Enter

Send your entry by:

Remember! Entries must reach us by 31stDecember 2017.

How to Win
Winner will be picked at random and notified. The judge’s decision is final.
PLEASE NOTE THIS COMPETITION IS OPEN TO BBFC MAGAZINE SUBSCRIBERS ONLY.
Posted by British Beatles Fan Club at 23:38 No comments: 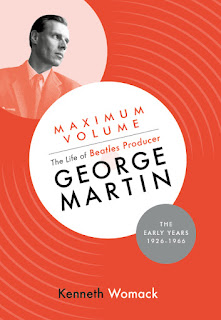 Just in time for Christmas this excellent book (reviewed in our December Magazine next month) is now out and available for purchase.  It is a must read for Beatles fans who are looking for something new.

The Church and Charity needs £2m funding to make this happen.

Over a million people in the UK have a learning disability* and only 7% of that number have a job. 31% have no contact with family or friends, according to research uncovered by the Church and Charity.

To mark the launch of the new campaign, 50 years since the original release of the 1967 classic Beatles song, a choir formed of young people with learning disabilities – all of whom could potentially benefit from the Army’s inspiring plans – gathered at the world-famous Abbey Road studios to create a special version of the iconic song, released online today. The choir was made up from a mix of students from The City of Liverpool College and young people who The Salvation Army work with.

Major Drew McCombe, Divisional Leader for The Salvation Army, North West, said: “Lennon grew up close to Strawberry Field, and gave generously to the home as soon as he got his first pay cheque. He also had a vision for it, expressed in the song, as a place where anybody, whatever their personal background and difficulties, could realise their dreams

“Strawberry Field has the potential to bring that vision to life; changing the lives of young people with learning disabilities, who find it difficult to find gainful employment, as well as encourage more projects similar across the UK. I hope our choir will not only raise awareness of these issues, but inspire people to take action to help create a better future for those affected.”

As a child, Lennon famously used to jump over the wall into the Strawberry Field grounds, where he would play with the children who lived there and listen to The Salvation Army band. He grew up just a stone’s throw away from the site in Woolton, Liverpool, which has lain unused for 12 years.

“I’m sure John Lennon would be smiling down on this project. As the song lyrics say, ‘Living is easy with eyes closed’ – hopefully this campaign will open people’s eyes so they see the many individuals living alongside us that aren’t being given the support they need to thrive and flourish.”

The Salvation Army is now calling on anyone interested in making a difference to the lives of these young people to help revive the iconic location through a £2m public fundraising campaign, which will allow Strawberry Field to open its doors to the public for the first time ever.

The inspirational choir was joined at Abbey Road by special guest photographer Mike McCartney, former front man of pop band The Scaffold and younger brother of Beatle Paul. He has been involved in the Strawberry Field project from its early days.

Mike said, “I wanted to capture the choir coming off the bus and walking across the famous zebra crossing, but they were on a mission – I almost missed them! They couldn’t wait to get to the studio and get in there. There was some apprehension in their faces, but it was special watching them grow in confidence throughout the day. In the end, they delivered the goods. It was a joyous day.”
Funds raised will create a training and work placement hub for young people with learning disabilities; a new, visitor experience on the place, the song and Lennon’s early life around Strawberry Field; and the development of a haven for spiritual exploration.

Posted by British Beatles Fan Club at 13:52 No comments: