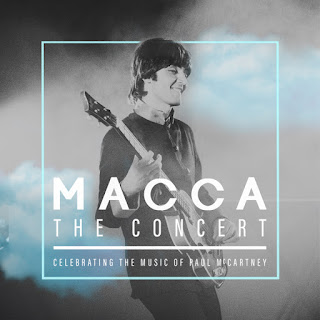 Just emailing you to let you know that we had a wonderful time at Macca - Celebrating the Music of Paul McCartney at the Sunderland Empire on Thursday 18th January. I know we won two tickets, but we bought two more; so my grown-up children could join us!  The Sunderland Empire is a lovely theatre and there was an enthusiastic audience in. We saw Sir Ken Dodd there and the West End Let It Be. 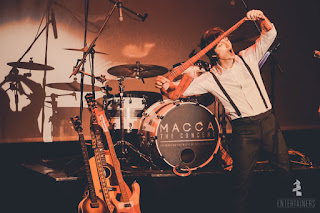 The stage was all set up for the band and there was music from the 50s and 60s playing and a back projection with changing images. Black and white is so evocative of the early 60s. The band came on and kicked off with Jet. They were confident and gave a faithful reproduction of the original in the 1976 Wings Over America tour. The third song in the show was the Beatles’ I’ve Just Seen a Face - great rendition and we knew we were in for a good night!

Emanuele Angeletti is a confident showman and clearly loves what he does. There was amusing banter with the band, including guitarist Paul from Liverpool - bit of a coincidence! He actually gave a fabulous cover of Go Now! The drummer was excellent and I must pay tribute to the sound engineers - great mixing.

A treat to hear Another Day live and the first half closed after 17 songs. Emanuele has an excellent voice. I’m a big Beatles’ fan and he did an amazing performance.  His cover of The Long and Winding Road was ace! 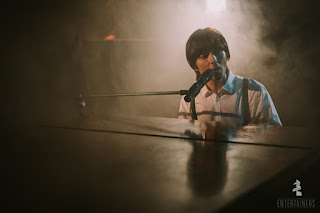 The second half opened with Pipes of Peace and we had Ebony and Ivory and No More Lonely Nights. Emanuele did Something and Here Today as tributes to George and John in much the same way that Sir Paul McCartney does nowadays. The band really cover Sir Paul’s career from the Sixties to present day! I loved Hope of Deliverance and the Linda McCartney lookalike played the autoharp. The whole band was really respectful of the man who has inspired them to create this show.


Obladi  Oblada really got the audience singing - none of us are getting any younger - but there was a great deal of enthusiasm! The show finished with an encore of Mull of Kintyre, I Saw Her Standing There and Hey Jude.

I have to say that this show exceeded my expectations and I’d go again like a shot.  The band had a pretty big act to follow and Emanuele had quite a task to live up to expectation - they succeeded brilliantly! There’s only one way to go out of the theatre - singing! In this case a recording of The Frog Chorus! 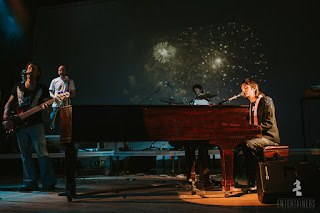 
Let Me Roll It


Band on the Run


Got to Get You into My Life


Back in the USSR


I Saw Her Standing There

Thanks again for the tickets! I’d recommend any Beatles/Macca fan to go - a splendid time is guaranteed for all!
Cheers!
Tim Wyncoll