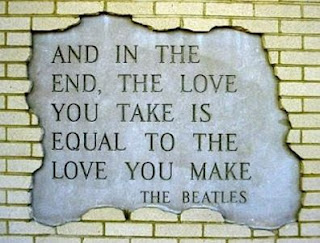 BBC Radio 4 is working on a four-part documentary series on the history of British song.

For the edition on love songs they are keen to record a couple talking about a Beatles love song that is special to them - ideally with a bit of a story behind it.

The show will be broadcast in August, but the recording is scheduled for this week. They will probably record a few different couples and may not broadcast all of the interviews.

Interested?  It would take half an hour and both partners need to be recorded together and ideally late morning or early to mid pm one day this week.  Email Julia if you want to be interviewed: Julia.Johnson@bbc.co.uk
Posted by British Beatles Fan Club at 23:19