BEATLE ALONG FOR ANOTHER TICKET TO WRITE

Writers are being given a further chance to celebrate the Beatles in drama.

The Make it Write team is joining Ticket to Write to stage four new 30-minute plays about Liverpool’s Fab Four next year.

The plays will be chosen by independent judges and Make it Write will chose a director and bring together a team of actors and stage crew to perform those chosen at Hope Street Theatre in June 2020.

“As usual the plays can feature any aspect of The Beatles – their music, work or lives. They can even be inspired by a song. The work must be original unperformed work with simple technical requirements,” said producer Jamie Gaskin, who created the original Festival in 2012.

“In keeping with the popularity TTW abroad at least one play chosen will be from an overseas writer,” he added.

For full details of the competition and how to enter go to the Competition section of the website www.makeitwrite.org.uk
Posted by British Beatles Fan Club at 22:22 No comments:

Get your tickets - Abbey Road On Manchester Road - Charity Concerts

Two nights of the iconic album played in full by a variety of amazing acts, plus more Beatles songs.

The Edge is a registered charity: 1128608 and all proceeds from these concerts go to our work with vulnerable adults and young people
The Edge Theatre and Arts Centre, Lancashire, M21 9JG
Fri 18th October 2019Sat 19th October 2019

Click to buy tickets
Posted by British Beatles Fan Club at 23:25 No comments:

My Beatlemania by Magali Le Huche November 21 and 24 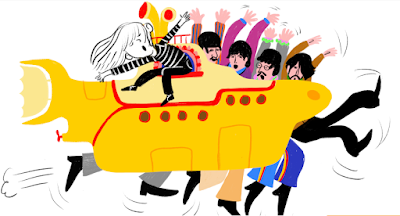 Illustrator in residence at the Institut français, Magali Le Huche along with the band La Bestiole will premiere a musical and illustrated journey that focuses on four fabulous guys from Liverpool, following their creativity and their inspiring magical world.

Magali’s relationship to the Beatles goes back to her childhood. She will pay homage to the legendary band by mixing drawing and music in this original creation. As little Magali escapes into her Beatles world, the group starts playing songs that speak to every situation she encounters.

Book your tickets HERE
Posted by British Beatles Fan Club at 23:47 No comments:

Steve Hogarth, Nick Van Eede and many more pay tribute to Beatles legend
As John Lennon’s birthday draws near so activity hots up for rock band Blurred Vision.
To coincide with October 9th, Lennon’s anniversary, BV lead singer Sepp Osley has put together a single, ‘Dear John’, video and concert to celebrate the great man. All in aid of War Child.
The video features many names from music passing on their good wishes… Geddy Lee (Rush), PP Arnold, Marc Almond, Paul Young, Donovan, Fish, Lawrence Gowan (Styx), Maxi Jazz (Faithless) and many more. All joined by well-wishers from around the world and Sepp himself performing ‘Dear John’.
The song is a melodic tribute to John Lennon, a remix for Blurred Vision by celebrated producer Terry Brown. The track originally featured on the band’s debut album, ‘Organised Insanity’, but the new treatment brings it bang up to date. It is released October 9th.


On the same night, at the Hard Rock Hotel at London’s Marble Arch, a John Lennon concert takes place. Admission is free but donations to the War Child charity are warmly welcomed.
Organised by Osley, it is no surprise that his band will be playing Lennon and Beatles songs at the show. There are, however, some very special guest artists also performing.
Steve Hogarth, the charismatic frontman and voice of multi-million selling band Marillion, along with 80's global hit maker Nick Van Eede of Cutting Crew "(I Just) Died In Your Arms"), head up the bill.
In addition, rising female pop vocalist Ilona, acclaimed soul/rock songstress Lynne Jackaman, and renowned composer/keyboardist Lyndon Connah (Level 42 etc) will all contribute to what promises to be a fun,  emotional and engaging evening.
Both the song and the show will benefit War Child UK and donations are encouraged now and on the night to raise funds for the charity.
Full details on the video, donating, and securing your free tickets to attend the concert can be found on Blurred Vision’s official website: blurredvisionmusic.com.

Wonderful band! If you are near Southampton, check them out! 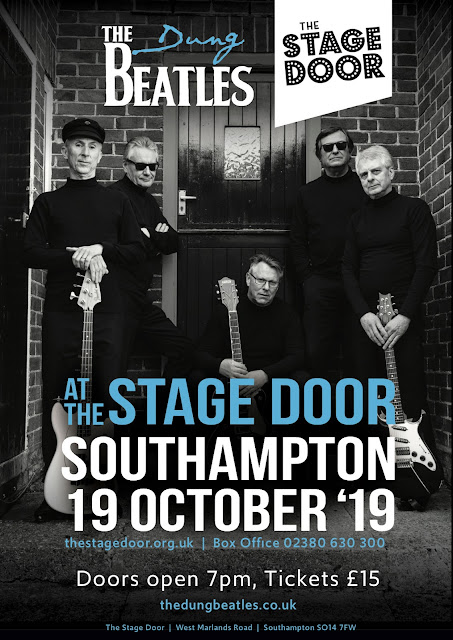 https://thedungbeatles.co.uk/
Posted by British Beatles Fan Club at 23:31 No comments: 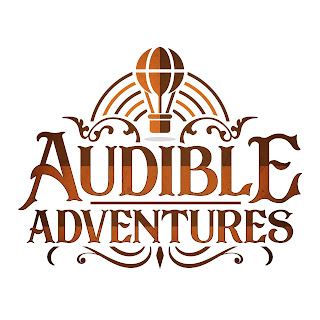 Audible adventures audio tours are described by promotional material as a device to make the Beatles homes and recording studios accessible to everyone. These tours are written by award winning producer and architectural historian Scott Cardinal, known for his lavish books about music venues and homes of the famous.

The tour I test drove on Tittenhurst Park was derived from material including in Cardinal’s book about Tittenhurst park featuring unheard anecdotes and extensive illustrations. Another tour about The Dakota building in NYC was developed from his book about that building as well.

Not all the tours are about The Beatles.  Abbey Road and Friar Park are included as well as homes of many other rock stars.  Apparently, there are over 24 tours on Friar Park in the collection.

Downloading the app was easy.  It is available for both from the Apple and Google Play app stores.  After you browse the tours, you pay and register.  For the free Guest Passport, no payment is required but you must complete the checkout process.  You will receive two emails.  The second one has a link to click to establish your password and then you are ready to begin a tour. 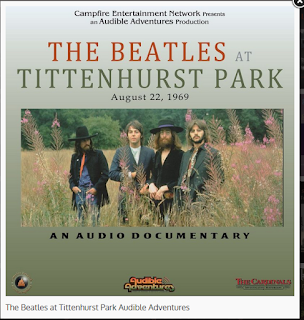 I test drove the Beatles at Tittenhurst Park tour about their last photo shoot in 1969 which was 20.5 minutes long. Unlike other audio tours, this one is not a tour of a location where you physically go to and follow instructions to look at specific sights along the route.  This tour is of a location that is not open to the public and it is a tour from a specific date in history back in August 1969. You must use your imagination and time-travel to a day when the Beatles assembled with various other spouses, photographers, and employees at John and Yoko’s home for a photo shoot which is now famous for being their last one ever.

As the tour begins, a woman narrator directs you as if you are arriving at the house on that date in history.  She describes what you are seeing all around you including the specific cars parked out front (and who owns them and when they bought them), the people that are around and other interesting things in the grounds that are visible as you arrive.

There is quite a lot of detail in each sentence. For example, when you arrive at the house, the narrator describes some columns you will see in the garden in front of you.  She points out they can be seen in a photo on a specific album cover and she explains where John purchased these columns.

There are tangents too.  The bit about the columns segues into some back history about where John lived before which leads to facts about those abodes too.  So suddenly we are learning about a flat in London while we are supposed to be at Tittenhurst Park!

Some of the detail is interesting and sometimes it was a bit too much.  For example, we learn that John and Yoko moved to Montague Square in London into a flat owned by Ringo after living at Kenwood because they preferred to live in the city rather than the suburbs.  However, we are also told what year Ringo purchased the house, when Paul moved in, and we get the whole list of who lived there during various dates. Sometimes there were a bit too many dates and it left me wondering when we would get back to Tittenhurst park where the action was happening without me!

Suddenly we are whisked back to Tittenhurst Park and we have turned a corner and see a group of people and a dog.  These people are described as if a reporter from society column was reporting it.  Their physical descriptions are given including everyone’s height, hair colour, and clothing. Funnily, John is described as wearing black pants which I thought odd because it was used as trousers like the American’s rather than describing his knickers!

These highly colourful and detailed descriptions are vivid, and for anyone who hasn’t seen the photos from this day’s famous photo shoot or someone who is blind, they paint a very vivid picture.  To those of us who have seen those photos many times before, it feels a little much although I do have to admit I had never noticed John’s unusual belt before hearing it described in this tour. It will make you want to look up the photos again looking for things that are mentioned.

After the physical descriptions of the people are over, the narrator has us follow the group as they move around the grounds taking photos.  The directions are very specific as if we are really trailing them down some stone steps, turning at a statue and walking toward the old cricket ground.

When we are told that we see an ornately painted caravan parked on the grounds, the tour takes another detour into the history of the caravan which segued into a fact I had not heard before – that John had bought an island in Ireland where he kept the caravan before moving it to Tittenhurst park.

With so much information stuffed tightly into the script, I paused often to take it in.  Frustratingly, there was no ability to rewind.  I really wanted to rewind in several places including when my phone rang, and I couldn’t pause quickly enough.

The accuracy of the content is excellent.  I heard nothing that conflicted with any Beatles facts that I already knew, and it made me want to look closer at the photos taken that day.

I will try another tour, probably one of the Friar Park tours, as I know far less about that property.  It is a new and different way to explore Beatles history from your armchair especially with winter just around the corner.

Posted by British Beatles Fan Club at 00:15 No comments: