Four new plays about the Beatles being staged in June as part of the Liverpool Fringe Festival show the continuing global appeal of The Fab Four.

The thirty-minute plays chosen in a competition have come from a field of entries which includes Israel, New Zealand and the USA.

“We are delighted so many people responded from overseas,” says Sharon Colpman, Executive Producer of Liverpool-based Make it Write Productions.

Make it Write has teamed up with Ticket to Write to resurrect the competition which was held in Liverpool for five years. 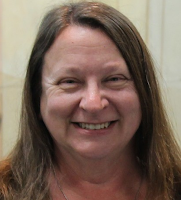 USA writer Tracy Neis is the overseas entry with “Something Inside that was Always Denied”, a delightfully quirky look at what might have happened if John Lennon had not gone to Spain with Brian Epstein and The Beatles were still waiting for their big break four years later.

Tracy fell in love with The Beatles when she was 12 writes Beatles-themed stories under the pseudonym “CremeTangerine” on archiveofourown.org and fanfiction.net

While Make it Write stalwart Ste Mc’s “Imagine” offers a fictitious account of John Lennon’s final hours when he meets a man, he has been awaiting for 14 years.

Since joining Make it Write, Ste has had several plays produced including “Death and All His Friends” at The Hope Street Theatre.

Merseyside writer Irene Stuart takes a little poetic licence to highlight dangers of living on the streets with her poignant look at Paul McCartney’s “Our Baby’s Gone”.

“I am thrilled to have been chosen as one of the four writers in the newly resurrected Ticket to Write for two main reasons: My first attempt at playwriting was voted in second place in the first Ticket to Write in 2012 and secondly I love writing Beatles inspired drama,” says Irene.

The fourth writer is Paul Daley, of Liverpool’s Lantern Writers, with a frothy comedy “The Ringo Kid”, a Fairy tale about Ringo meeting an old school-friend based on an event told him by his mum.

“It's the silliness of life that does it for me once you tune in to the absurdity of the everyday, your never short of material,” says Paul. His recent works include “Debt Cemetery” being featured at Boss New Plays at the Royal Court Studio in April.

Email ThisBlogThis!Share to TwitterShare to FacebookShare to Pinterest
Labels: Ticket to Write