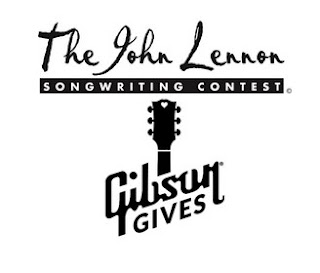 With Live Virtual Events and Giveaways

NEW YORK, NY (September 21, 2020) In honor of John Lennon’s 80th birthday, the John Lennon Educational Tour Bus and the John Lennon Songwriting Contest (JLSC) have announced a partnership with Gibson Gives--the charitable arm of Gibson, the iconic American instrument brand--to support musicianship, music education and songwriting for people of all ages. Among the initiatives, 24 Lennon contest winners will receive an Epiphone LTD Edition Les Paul Quilt Top Pro and an Epiphone Zenith Masterbilt Acoustic Round Hole.  Songwriters, artists and bands are encouraged to enter the 24th annual JLSC with over $300,000K in cash awards and giveaways. All entrants will also qualify for weekly contests, offering additional gear giveaways including a Gibson guitar.

October 9, 2020 would have been John Lennon’s 80th birthday. His contributions to music, culture, activism, art and fashion resonate to this day. In celebration, the Lennon Bus and Contest will have a virtual Imagine Party on October 9 on the Lennon Bus’ Instagram Live (HERE). The special show will feature celebrities, JLSC winners, Lennon Bus participants and educators. Tune in to hear in depth stories around John Lennon’s Gibson guitars and the songs he wrote with them, as well as giveaways and promotions.

Brian Rothschild, co-founder and executive director of both the Lennon Bus and the JLSC, said, “While venues, live music and events are on hold, we’re focused on the songwriting contests and providing songwriters with even more gear each week while they are stuck at home. Contest entries help support Lennon Bus programs and Gibson Gives shares the same commitment to the next generation of players.”

“Gibson Gives is all about inspiring, creating, and supporting music one guitar at a time,” says James ‘JC’ Curleigh, CEO of Gibson. “This is our opportunity to ‘imagine’ what could be possible for future musicians by partnering with the John Lennon Songwriting Contest, especially during this challenging era.”