The Trembling Wilburys are gigging again! 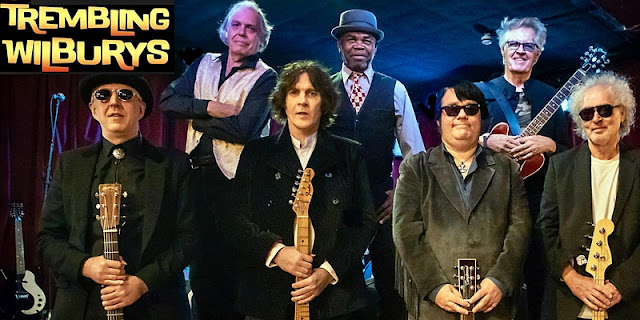 You have 4 chances in the coming months to see the Trembling Wilburys!

Check out the options below:

https://www.feenstra.co.uk/
Posted by British Beatles Fan Club at 23:41 No comments:

Your Opportunity to be instrumental in making a Beatles Film!

This film looks to be very interesting and you can help make it a reality.

Issue 78 on its way to members


Summer's nearly over but the fun continues and we are sure you'll find lots of interesting reading in this fab issue.

Have any Beatles fans in your family? Remember that membership in the British Beatles Fan Club makes a wonderful gift that keeps on giving all year long with four quarterly issues of the magazine included in membership. Click here for membership details.

Posted by British Beatles Fan Club at 00:45 No comments: 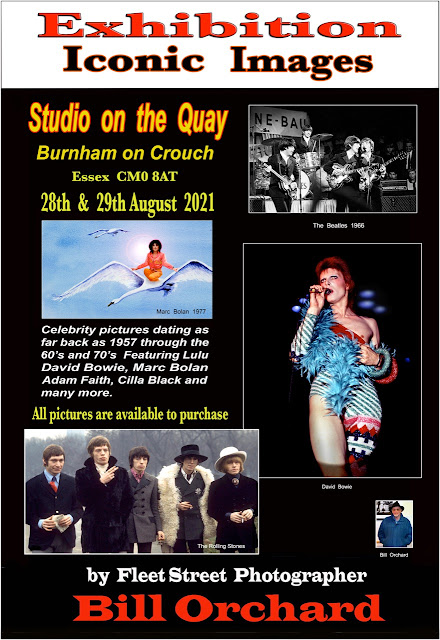 The two day show, which takes place on 28th and 29th August 2021 will have pictures of The Beatles, David Bowie, Lulu, Michael Jackson and also Marc Bolan’s last picture shoot just two weeks before his untimely death in 1977, plus many more, some of which have never been seen before.

All pictures are available for sale, plus there will be a Beatles photograph that will be raffled, and one lucky winner could win it for just £1. 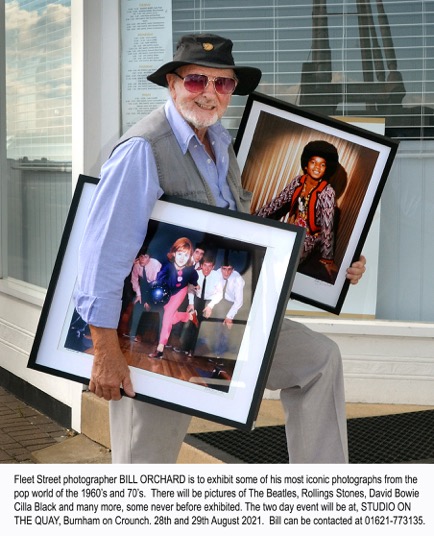 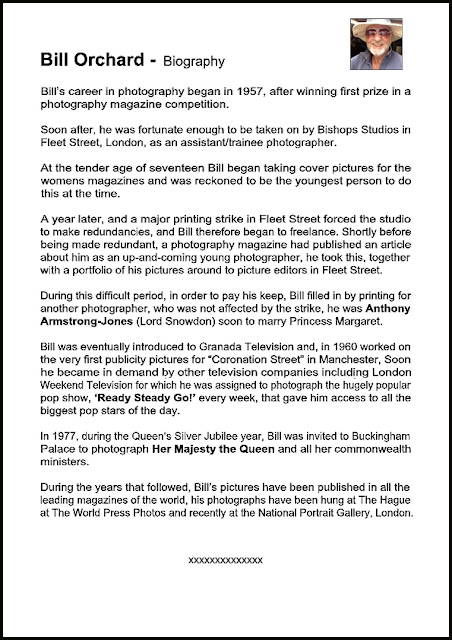 Posted by British Beatles Fan Club at 00:53 No comments: 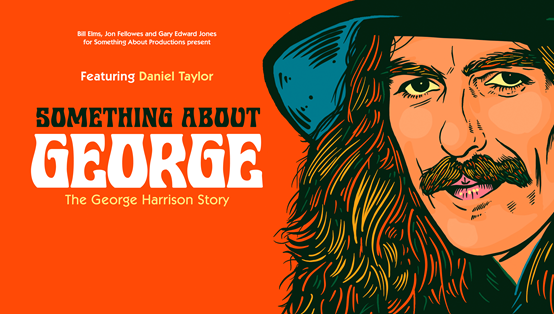 A new music show highlighting the incredible talent of the late Beatle George Harrison will be premiered at Liverpool Theatre Festival this September.

Something About George – The George Harrison Story pays tribute to one of music’s most understated icons, who is often referred to as the “quiet Beatle”.

Something About George – The George Harrison Story will close the festival on Sunday 12 September, with performances at 5pm and 8pm. Running time is 75 minutes no interval, tickets are on sale now.

They say All Things Must Pass. However, George Harrison’s name forever lives on. So, where does life take you after being in the greatest band in the history of the world? This new show answers that question.

Featuring beautiful songs like My Sweet Lord, Something, and Handle With Care, the show also includes Harrison’s incredible solo material and music from rock ‘n’ roll’s greatest supergroup, The Traveling Wilburys which was made up of Bob Dylan, George Harrison, Jeff Lynne, Roy Orbison, and Tom Petty. And any show celebrating one of the Fab Four just has to include a few classics from The Beatles. From heartbreak to hedonism and songwriting to success, Something About George will showcase a life that was anything but quiet.

This remarkable tale comes from the creators of the critically acclaimed production Something About Simon – The Paul Simon Story, which wowed audiences and critics when it was premiered at Liverpool’s Epstein Theatre in 2018. The show went on to triumph at the Edinburgh Fringe 2019, where it was chosen for a residency at the Fringe Encore Series at the SoHo Playhouse in New York City, where it played six sell-out performances. The show was also part of the programme at the inaugural Liverpool Theatre Festival last September.

The show stars Liverpool-born West End performer and musician Daniel Taylor telling the story of George Harrison, he will be joined on stage by keyboard player Ben Gladwin and Jon Fellowes on lead guitar.

Daniel is an award-winning actor, producer, and director. He trained at Webber Douglas Academy Of Dramatic Art in London. He has also produced, directed, and performed as Bottom in A Midsummer Night’s Dream and Tybalt in Romeo And Juliet (both for the Epstein Theatre, Liverpool).

Daniel has previously played John Lennon in the award-winning Lennon Through A Glass Onion; Sammy in Blood Brothers; and last year performed at the very first Liverpool Theatre Festival in his show, The Very Best Of Tommy Cooper. Daniel is now working on Sonny Days, an album of original songs due out later this year. The album is a follow-up to The Party Is Over album which was released last year.

Daniel Taylor commented: “I’m thrilled being able to tell George Harrison’s story, especially his journey after those heady days in the Fab Four. For me, The Beatles are the greatest band that ever lived. After all his achievements, George is still one of the most underrated songwriters that has ever lived.

“As someone who writes and performs their own songs, and I have done since I was just 12-years-old – and it’s all because of the inspiration of songs like Something, Here Comes The Sun, and While My Guitar Gentle Weeps. Working on the show, I have been astounded with George’s post Beatles journey and the life that followed, and the music he went on to create.”

Something About George is written by Jon Fellowes, who co-produces show alongside Liverpool-born singer songwriter Gary Edward Jones and theatre producer Bill Elms, who is also Artistic Director of Liverpool Theatre Festival. Collectively, the trio are Something About Productions, the creative team behind the hugely successful Something About Simon – The Paul Simon Story.

Something About George is not a tribute show as we know it. It is one musician authentically honouring the music of another, utilising all the tools at his disposal. Following the festival premiere, Something About George will be developed further into a full-scale show with plans to tour the UK.

Co-producer Gary Edward Jones added: “When we started Something About Productions, we decided we wanted our company to focus on genuinely authentic musicians who haven’t had their stories told in this way before. Therefore, a show about George Harrison seemed like a natural follow-up to Something About Simon. I’m very excited to transfer what I learned performing on-stage in The Paul Simon Story to producing this new show.

“It’s almost 20 years since George Harrison passed away – but remarkable story and timeless music lives on. We feel honoured and privileged to shine the spotlight on the legacy he left behind. We are excited to share this journey with audiences and are sure they will leave the show knowing more about George and his incredible life.”

Created by Liverpool theatre producer Bill Elms, Liverpool Theatre Festival was first staged in September 2020. Bill stepped in to bring entertainment back to audiences after theatres across the country were ordered to close their doors as part of the first Coronavirus lockdown in March 2020 – giving live performance and creatives a platform during the most challenging of times. The outdoor festival went on to be a huge success, scooping an award and shortlisted for further accolades, winning praise across the industry for once again giving live performance a platform during the most challenging of times.

The festival has already been expanded for 2021 with the addition of Little LTF, a new strand and sister event to showcase new works and champion talent. Little LTF took place between 12 and 18 July and attracted more than 1,200 festivalgoers.

Liverpool Theatre Festival 2021 is a 10-day festival featuring mainstream and established acts, artists, and productions. The festival will adhere to any Covid-19 and Government guidelines required at the time.

OPERA BENEATH THE STARS

SOMETHING ABOUT GEORGE – THE GEORGE HARRISON STORY

Posted by British Beatles Fan Club at 23:32 No comments:

Email ThisBlogThis!Share to TwitterShare to FacebookShare to Pinterest
Labels: plays

This is a great opportunity for some talented guy!  Let them know you heard about this from the British Beatles Fan club if you go to try out.  And if you get the gig, let us know! 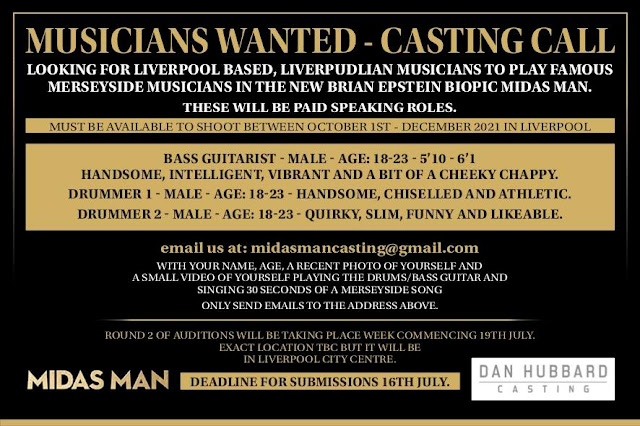 Posted by British Beatles Fan Club at 22:25 No comments: 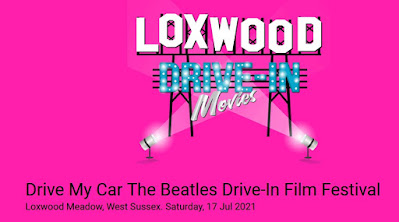 From the organisers... Sadly the Drive-In Beatles festival in Loxwood on July 17 has had to be cancelled.
A really great shame but when we all looked through the continuing restrictions for the 17th of July and the fact that this was designed as a festival day it was felt that fans wouldn't get the free experience they deserved.
Anyone who bought tickets will be fully refunded by the booking agency and the plan is to reschedule this event, all being well, next year at the same kind of time, obviously with a few additional updates.
Once again apologies, it would have been a great event but until the country opens up somewhere near normal the guidelines are just too restrictive. No dancing, no singing etc is a bit stifling. Let's hope post July 19 things can get back to some kind of normal for us all! Thanks to the British Beatles Fan Club for all their efforts to help promote this and here's to the event returning safely in 2022.

Don't miss this event.  It promises to be loads of fun!  The event will be following current government guidelines and has been designated COVID Safe.
Click here to get your tickets and find out more about the location, films and other attractions.
Posted by British Beatles Fan Club at 23:36 No comments: