94 Baker Street, the former headquarters of The Beatles, will be lit up with a special light projection in tribute to the band on Wednesday 31st July.

The exterior of the building has a blue plaque, unveiled earlier this year, to celebrate John Lennon and George Harrison’s links with the former Beatles HQ. The building sits on the corner of Baker Street and Paddington Street, Marylebone W1.

As well as the base for The Beatles record empire in the late 1960s, the Apple Boutique was opened at street level selling clothes and accessories. The aim of the shop was, according to Paul McCartney, to create “a beautiful place where beautiful people can buy beautiful things. The launch party in December 1967 was attended by John Lennon, George Harrison, Eric Clapton, Jack Bruce, Cilla Black and Kenneth Tynan. Invites stated: “Come at 7.46. Fashion show at 8.16.” 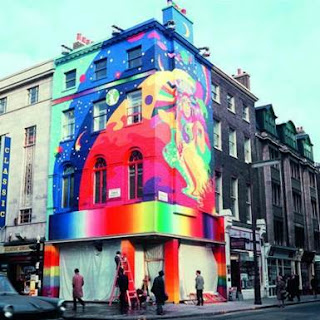