Paul and Ringo both kicking off tours 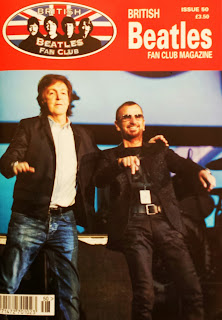 Both Paul and Ringo are hitting the road again with tours.

Ringo's tour schedule has already been published and at the moment it just includes North American locations.

Paul has only announced one location in Santiago Chile but promises that more stops will be published very soon.

Ringo's tour kicks off on June 6 and you can see his dates on our What's On Page or on Ringo's site.

Paul's tour starts April 21 and we will be adding his dates to the list as they are announced, but you can also  watch for more news on  Paul's site.
Posted by Michele Copp at 15:06