Epstein The Man Who Made The Beatles - 4 weeks away

A ‘FAB FOUR’ WEEKS UNTIL EPSTEIN OFFICIAL OPENING IN LONDON
Starring Andrew Lancel as Brian Epstein, with Will Finlason as ‘This Boy’
Written by Andrew Sherlock | Directed by Jen Heyes
Leicester Square Theatre, London
Previews - 30 Jul–2 Aug | Run - 4 Aug-6 Sep 2014
Epstein: The Man Who Made The Beatles - the long-awaited play about the legendary music manager Brian Epstein – officially opens at London’s Leicester Square Theatre in a ‘Fab Four’ weeks on Mon 4th August (previews from Wed 30 July) and will continue throughout the summer until Sat 6 September.
The show opens hot off the heels of The Beatles 50th Anniversary celebrations happening around the world, Brian Epstein posthumously inducted into the Rock & Roll Hall of Fame after a campaign from fans and also the unveiling of a commemorative blue plaque at the London offices of Epstein’s company NEMS on 29th June. Brian would have celebrated his 80th birthday this September. 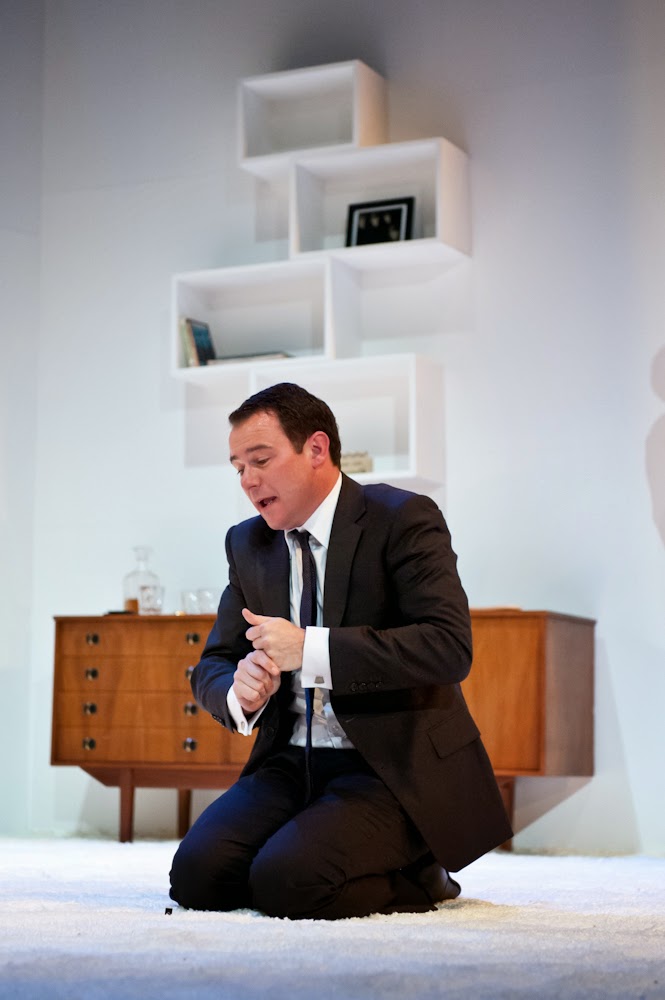 Epstein: The Man Who Made The Beatles is the untold story and window into the private world of the gay, Jewish, music entrepreneur whose stellar career as Beatles Manager made him a household name yet whose controversial personal life remained very much in the closet. Brian died in 1967 of a concluded accidental overdose at the age of 32.
Acclaimed stage and TV star Andrew Lancel (Coronation Street, The Bill) and actor Will Finlason will return to the roles of Brian Epstein and the fictional character ‘This Boy’ respectively, for which they each received rave reviews during the initial run in Liverpool, where the show premiered in November 2012 as part of the city’s official Beatles 50th Anniversary celebrations at the Epstein Theatre.
Andrew Lancel said: “This is a window into the life of one of the most important men in pop history, a gay man who had a hand in changing the world, he was unique. Opening in the West End is a thrill in this year full of fitting, timely and wonderful honours to Brian, the man who made the Beatles.
“Andrew Lancel as Epstein is terrific...
As the boy, Will Finlason gracefully mingles brashness and compassion.”
The Times
“A show of thought-provoking insight and raw emotion…
The Beatles Manager superbly portrayed by Andrew Lancel.
An experience not to be missed!”
The Stage
This two-hander play imagines this brilliant but troubled man’s drug-fuelled final days whilst looking back upon his illustrious adult life and meteoric career from his drama school days to managing the world’s biggest pop group - a must-see opportunity to discover a previously unexplored story and celebrate a true icon of 1960’s popular culture – a man who shaped music and style across the world.
Jen Heyes, Director and Co-Producer of the play said “Rehearsals have now begun and I am so looking forward to bringing the play to London, since running in Liverpool, we have had time to revisit the story, the multi-media pieces and create an even more powerful piece of theatre which I think audiences, whether seen the show before or not, are going to love.”
Martin Witts, Artistic Director at the Leicester Square Theatre said: “We are very much looking 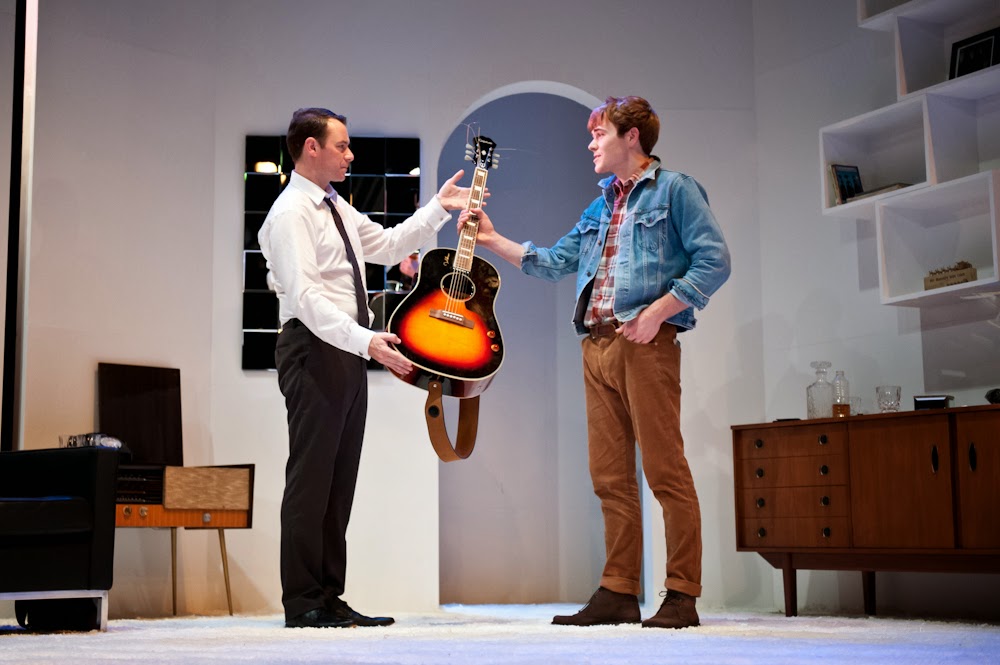 forward to having this exciting new play in residence at the Leicester Square Theatre throughout the Summer period, it is a perfect fit for our diverse audience and a great attraction for international visitors. It’s very fitting that the show is coming to London during what is going to be a Rock and Roll year celebration of Brian Epstein’s life and the instrumental impact he had on popular music, we hope it will run and run."

Running from 30 July – 6 September 2014 at London’s Leicester Square Theatre, Epstein: The Man Who Made The Beatles is brought to you by Bill Elms & Jen Heyes Productions Ltd, written by Andrew Sherlock and directed by Jen Heyes.
“At times comic, at times intensely moving... Epstein is not merely an exercise in nostalgia, it also finds the real man lurking inside an enigma.”
The Arts Desk
“An evocative and moving history lesson, enlivened with wit - enthralling for those who were there (and still remember it) and for a new generation discovering their musical roots.”
Whatsonstage.com
More information on Epstein: The Man Who Made The Beatles can be found at www.epsteintheplay.com. 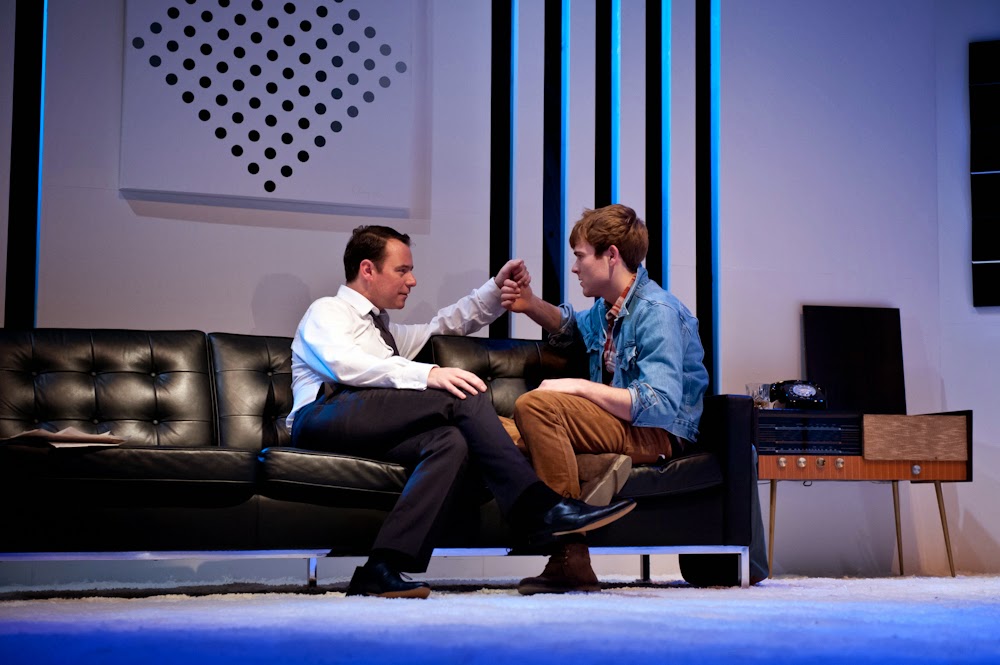