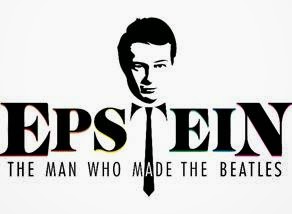 Epstein: The Man Who Made The Beatles - the critically acclaimed play by Andrew Sherlock, about the legendary music manager Brian Epstein opened at London’s Leicester Square Theatre on the 30 July and has thrilled audiences for the past five weeks, with many audiences members returning a fab four times or more to see the show. Now in its final week, it is London’s last chance to see the show which has received 4 and 5 star reviews from critics and must end Saturday 6 September.
Celebrities have attended in their droves to see the show including Neil Tennant and Chris Lowe of the Pet Shop Boys, singer and radio presenter Elaine Paige, TV personality Matthew Wright,  Frankie Goes to Hollywood singer Holly Johnson, record mogul Seymour Stein, Coronation Street actors Philip Lowrie, Gwen Taylor and Charlie Condou, musician and photographer Mike McCartney, Pink Floyd drummer Nick Mason, Merseybeat singer Beryl Marsden, and Everton chairman and theatre producer Bill Kenwright, along with actress Jenny Seagrove.  Many member of the Epstein family, friends and his work colleagues have also been to see the show.
Stars of the show Andrew Lancel and Will Finlason have received standing ovations since the first performance for their portrayal of Brian Epstein and fictional character ‘This Boy’ both returning to the roles after the show premiered in Liverpool as part of the city’s official Beatles 50th Anniversary celebrations in 2012. 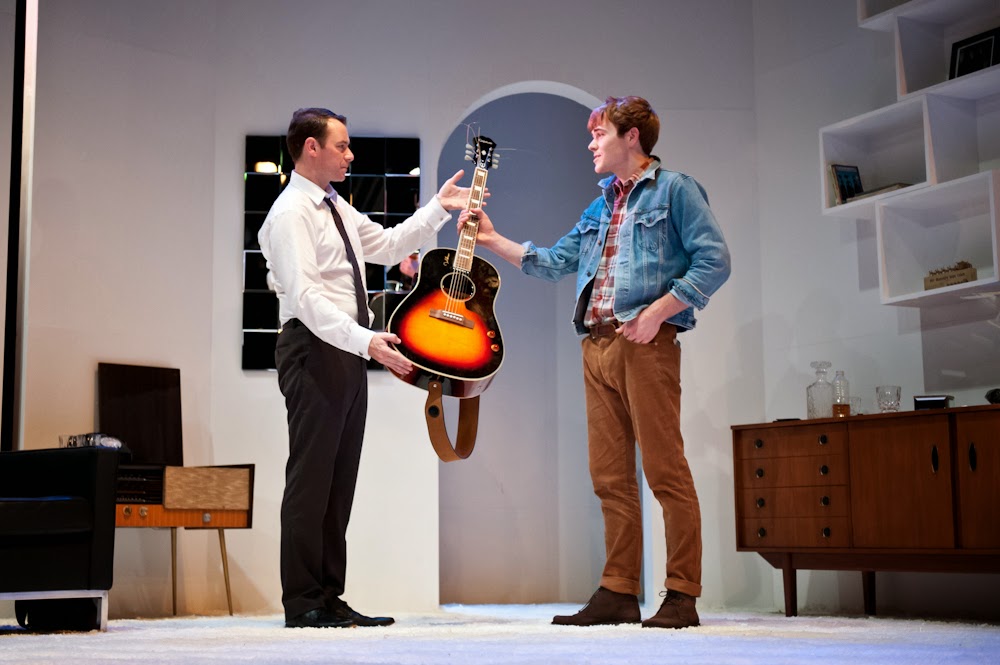 Actor Andrew Lancel who plays Brian Epstein said “The reactions to this play have been incredible and humbling. From members of Brian's family to people attending from all over the world. It’s been a pleasure also sharing the stage with Will Finlason every night and we cherish every performance. It's a challenge and an honour playing Brian and there are plans in place to see that continue... I thank my director, writer, producers, crew and the wonderful team at Leicester Square Theatre, but mostly the audiences for taking Brian Epstein to their hearts.”

The show opened hot off the heels of The Beatles 50th Anniversary celebrations happening all around the world, Brian Epstein posthumously inducted into the Rock & Roll Hall of Fame and also the unveiling of a commemorative blue plaque at the London offices of Epstein’s company NEMS on 29th June. There was even a special performance on the anniversary of Brian’s death on Wednesday 27th September which included a Q & A with the cast. Brian would have celebrated his 80th birthday this September.
Epstein: The Man Who Made The Beatles is the untold story and window into the private world of the gay, Jewish, music entrepreneur whose stellar career as Beatles Manager made him a household name yet whose controversial personal life remained very much in the closet. Brian died in 1967 of a concluded accidental overdose at the age of 32.
This two-hander play imagines this brilliant but troubled man’s drug-fuelled final days whilst looking back upon his illustrious adult life and meteoric career from his drama school days to managing the world’s biggest pop group - a must-see opportunity to discover a previously unexplored story and celebrate a true icon of 1960’s popular culture – a man who shaped music and style across the world.
What the media said…
“Do. Not. Miss!”
Whatsonstage.com *****

“A diamond of a show”
London Theatre Guide

“Will Finlason excels as This Boy, filling the stage with energy and charisma”
Liverpool Echo 9/10

“His performance is a must see”
Entertainment Focus

“Lancel as Epstein is a revelation”Digital Spy
“In every part it has the recipe to be a huge success.”whatsupwhatson.com