Christmas with the Beatles

One of our members, Alan Millen, has several contributions on our Fan Art page including this song which we added to the page a few years ago.  However, the tune is catchy and we thought we'd dust it off and share it again. Thanks Alan for sharing!
Posted by Michele Copp at 02:33 No comments:

December Magazine is out!

Issue 64 of our quarterly magazine is out now for your holiday reading. If you are a member, it is in the post. Non members can order a copy from our website here. 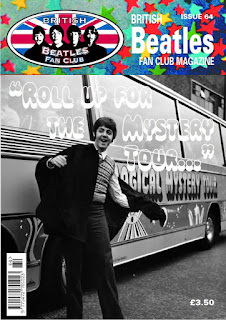 Posted by Michele Copp at 16:49 No comments: 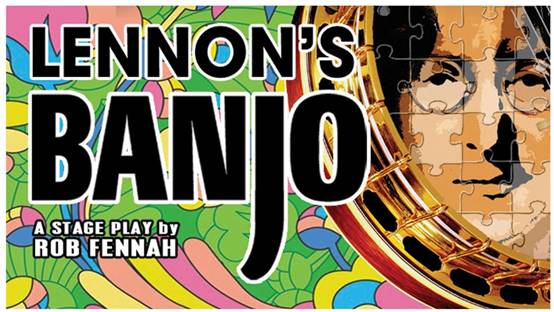 ______________________________________________
Former Beatles drummer, Pete Best, is to play himself in a brand new comedy stage production called, Lennon's Banjo.  Written by Rob Fennah, the show is about a quest to find the holy grail of pop memorabilia - the first instrument John Lennon learned to play which has been missing for 60 years and now worth millions to whoever finds it.
Set in present day Liverpool, the stage play is based on the novel 'Julia's Banjo' by Rob Fennah and Helen A Jones.
Pete said: "I read the novel 'Julia's Banjo' some years ago and thought it was a great mix of fact and fiction with regards to the Beatles and the elusive banjo. It made me smile; a really enjoyable read. So, when speaking to Rob Fennah about the book becoming a stage play, I said in passing, 'I should play me!' And low and behold, here I am doing a few of the performances.  I would have loved to have done all of them but prior commitments made that impossible. Anyway, either with me, or the actor playing me, this show is going to be great fun!"
Rob Fennah, added: “As a huge Beatles’ fan, I was gobsmacked when Pete said he wanted to do it. Having a real life Beatle up there on stage is going to be a fantastic buzz, not just for those fortunate enough to get tickets for the shows Pete is performing in, but for the whole cast and crew. As for the play itself, I have matched the story to historical reality including dates, places and events. I want everyone to enjoy their romp through Beatledom and come out of the theatre believing, as I do, that the banjo is still out there somewhere just waiting to be found. It's The Beatles meets The Da Vinci Code!”
Pete Best's confirmed performance dates will be Wednesday 25th April 2.30pm and 7.30pm and Saturday 5th May at 7.30pm.
Lennon’s Banjo – one of the most hotly-anticipated new plays of 2018 - will premiere at Liverpool’s Epstein Theatre next spring.
Produced by Pulse Records Ltd in association with Bill Elms, Lennon’s Banjo will open at Liverpool’s Epstein Theatre on Tuesday 24 April 2018 for a two-week run, continuing through until Saturday 5 May.
Directed by Mark Heller, Lennon’s Banjo stars Eric Potts, Jake Abraham, Mark Moraghan, Stephanie Dooley, Lynn Francis and Roy Carruthers, with more cast to be announced soon.
On 9 October 1957, a young John Lennon turned 17. It was the last birthday he would spend with his mother, Julia, who was killed the following summer in a road traffic accident. 2018 marks the 60th anniversary of Julia's death and the banjo's disappearance.
It is well documented that Lennon was estranged from his parents and brought up by his Aunt Mimi. He said in many of his interviews: “I lost my mother twice. Once when I was five-years-old when she left me with my Aunt Mimi, and again at 17 when she was run over by a drunken off-duty police officer.”
It was Julia Lennon who introduced John to the world of pop music, teaching him to play rock and roll on a banjo, given to her by John's grandfather. Lennon often recounted how he would sneak off to visit his mum who lived only a few miles away. There, he would learn to play songs like ‘That’ll Be The Day’. He has been quoted as saying: “Mum would sit there with endless patience until I managed to work out all the chords.”
Mysteriously, the banjo went missing shortly after Julia Lennon’s death and no-one has set eyes on it since. One thing is certain though, if it did resurface it is estimated to be worth in the region of five million pounds.
“The intrigue and mystery surrounding Lennon’s missing banjo, and the logic that it could be sitting in somebody’s attic right now, has the potential to make headlines around the world. The story crosses over beautifully from fiction to fact and back again to tease and tantalise you into believing every word is true.” Trinity Mirror
So where do the facts end and the fiction begin? Everything will be revealed in this intriguing, colourful and fast-paced comic caper starring a talented cast of actors.
Watch the Promo Video here  https://youtu.be/ddpVnRStAmo
For more info visit www.lennonsbanjo.com
Twitter @LennonsBanjo #FindTheBanjo
Facebook/LennonsBanjo
LISTING INFORMATION