Dublin's BEATLES DAY is taking place this year on Saturday, November 3rd.  It will be at the Workman’s Club in Dublin city centre.
The events on the day will include a two set show from the Scottish band REVOLVER.  In the first set – to celebrate the 55th anniversary – REVOLVER will play the exact same set of songs The Beatles played in Dublin in November 1963.  And in their second set – they will play a wide selection of other songs from The Beatles.
There will also be a performance of the play WHEN THE BEATLES CAME TO DUBLIN – and the hugely popular BEATLES TABLE QUIZ is back again.  Tickets go on sale this coming Wednesday (August 15) at 10am. 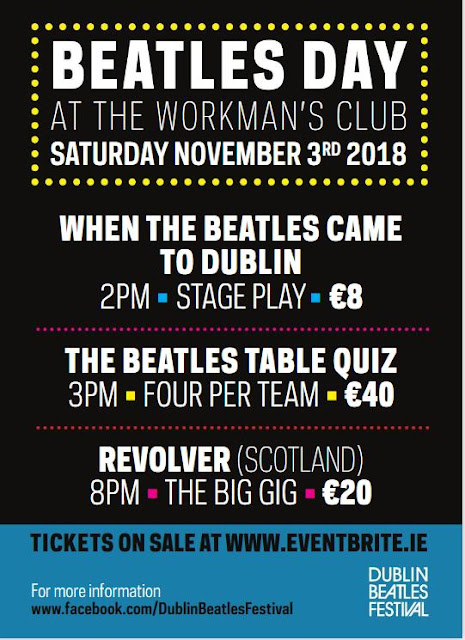 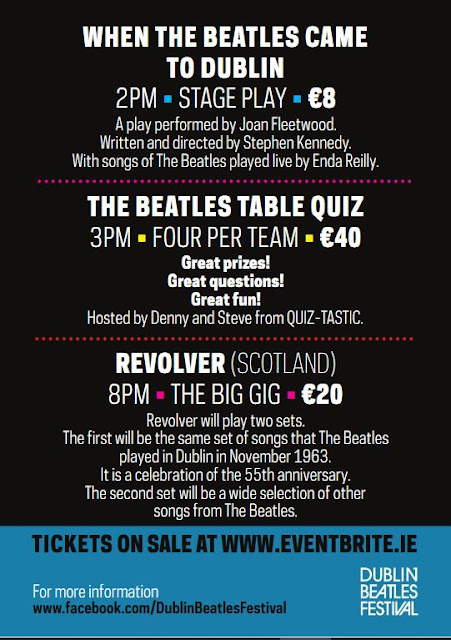