Get to Rhyl Wales Friday - Charity Event with the Mersey Beatles! 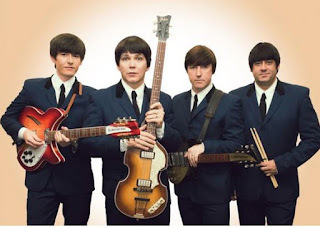 On Saturday July 14, 1962 The Beatles played their first ever performance in north Wales at the Rhyl Regent Dansette. Pete Best was the drummer at the time. (Ringo would replace him in August.)

They played mostly cover versions of songs like Some Other Guy, Sweet Little Sixteen and Money. A set list has not been seen but the set would be similar to those played at the Cavern in Liverpool during this period.

So why are we telling you today about this event 58 years ago? Well Sense charity, the national charity for children and Adults who are Deaf /blind and or have complex communication needs, is opening shops around Wales whose proceeds will benefit the charity and one of those shops happens to be in that very building where the Beatles performed in July 1962. 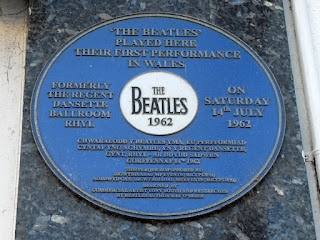 The charity is planning a Beatles themed opening for the shop at the end of February.  The shop will be filled with Beatles products that have been donated to their 100+ charity shops.

The charity has reached out to us to share this with our fan club members and the Beatles community.  Please show your support if you are near Rhyl on 28 February.  You can learn more about the charity and their shops at their website.

Email ThisBlogThis!Share to TwitterShare to FacebookShare to Pinterest
Labels: Charity