Watch a clip from the play PETE BEST OF THE BEATLES

Stephen Kennedy, Director of the Dublin Beatles Festival has shared the clip below which is from his play PETE BEST OF THE BEATLES.

It's just five minutes long and all based on fact. Enjoy!

Posted by British Beatles Fan Club at 19:08 No comments:

Email ThisBlogThis!Share to TwitterShare to FacebookShare to Pinterest
Labels: plays

Our friends at Glauchau Beat Archiv have released a unique vinyl single "Lost John" with musicians like:

This single was produced to commemorate the 30th anniversary of Beat Archiv and it is limited to 250 copies. It was released on January 10th.

This version was performed in 2020 at a live event and recorded.

If you have more questions about this recording, please contact Edmund Thielow at
www.beatarchivgc.de 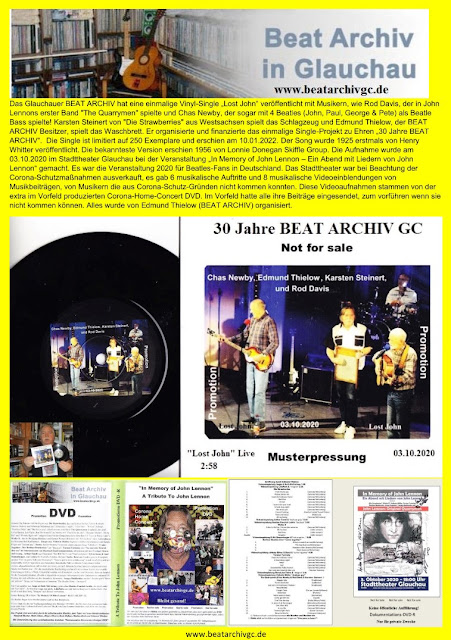 Posted by British Beatles Fan Club at 00:07 No comments: