It was a pleasure and a privilege today to attend the celebration at the Epstein Theatre honouring Brian Epstein on what would have been his 79th birthday. 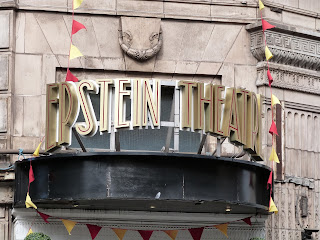 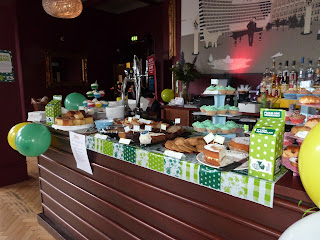 Joe Flannery, lifelong friend of Brian and author of the autobiographical, "Standing in the Wings – The Beatles, Brian Epstein and me" was in attendance, and Andrew Lancel, who recently played the part of Brian in "Epstein" to nightly standing ovations, popped in to join in the celebrations too!

One of the highlights of the day was the Theatre Tour.  My tour guide, Angela, was great, describing the history of the theatre -- how it was originally built by the Cranes for their own private use, how they donated it to the city, and why the name was changed to the Neptune, and then to the Epstein Theatre.  The latter was not just because of Brian's immense contributions to Liverpool's music history, or because of his well-known love of the theatre but also because, in his youth, Brian had worked as an usher at the theatre!

As well as providing details of the theatre's fascinating history, Angela pointed out some of the special features of the Epstein -- for example, it's one of the few remaining theatres with a sloping stage -- and told us of some of the ghosts (all friendly!) who are regular visitors.

It was also great to be allowed a rare glimpse of the back-stage area, including the dressing rooms, the green room and some of the costumes that are being gathered for this year's Pantomine (Snow White and the Seven Dwarfs).

The Epstein is a truly beautiful theatre and with a capacity of only 397 it provides a special and intimate setting for the shows.  It's a favourite 'alternative' venue for the Liverpool Philharmonic Orchestra, and offers a wide variety of shows year-round.  For more information on the theatre, and to book tickets, visit the theatre website at http://www.epsteinliverpool.co.uk/ 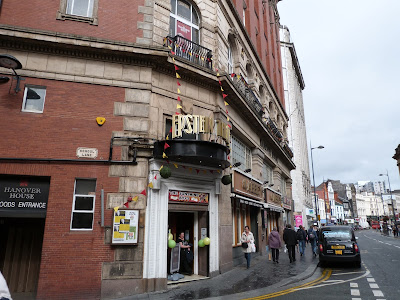