The Story Behind Every Beatles Release

By Philippe Margotin and Jean-Michel Guesdon   Preface by Patti Smith 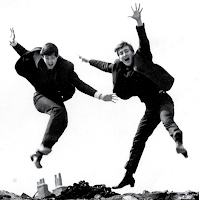 All The Songs (Black Dog & Leventhal, £35) is a record of every song ever released by The Beatles from ‘Please Please Me’ (1962) to ‘The Long Winding Road’ (1970).  Paperback writers Margotin and Guesdon certainly aren’t – this is a large hardback tome weighing more than 2.5kg, with 600 photographs ranging from rare black-and-white publicity stills to intimate colour shots of the musicians in the studios. The authors delve deeply into the history and musical origins of all 215 Beatles songs, recounting the circumstances that led to the composition of each one, the recording process and the instruments used. Packed with trivia, tales and even discrepancies and mistakes in song recordings to listen out for, it is the most comprehensive overview of the Fab Four’s music to date.

Arranged chronologically by release date, this is an intimate and revealing look at the music of The Beatles – whose popularity remains undiminished. Did you know that… 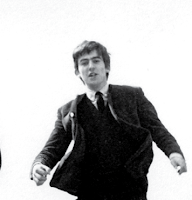 Philippe Margotin has written numerous books on music, including biographies of U2, Radiohead and the Rolling Stones. Jean-Michel Guesdon is a producer and musician who has collaborated with Sony, EMI, Universal Music and many more.  He created Editions du Pékinois in Paris in 1986 to publish audiovisual creations in music. Consultant editor Scott Freiman is a composer, producer and educator whose music and sound design have been featured in award-winning films and television programmes, including the 11-part BBC/Discovery Emmy award-winning series ‘Life’.