Own a Piece of History and Support the Linda McCartney Centre! 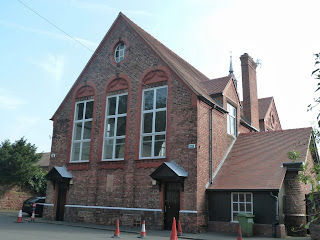 Would you like to own a piece of St Peter's Church Hall, the place where John Lennon was first introduced to Paul McCartney on July 6 1957? Well, here's your chance to do that, and to help support the Linda McCartney Centre in Liverpool!

Recently, St Peter's Church made some floor blocks available for sale as part of its fund-raising efforts. These blocks were removed when a fire in one of the side rooms of the hall in 2001 resulted in the replacement of small areas of the floor. All the floor blocks which had suffered various degrees of fire damaged were saved, and a very limited number have been made available for sale. One sold at the Beatles Auction at LIPA for £250 and another sold here on ebay for £1750!

To view the listing on ebay, or to bid, click HERE 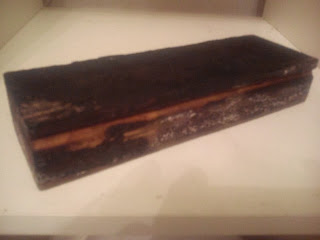 Cavern Mecca was the first Beatles museum in Liverpool, set up and run by Liz and Jim Huges in 1981. It ran for a number of years and was the springboard for annual Beatles Convention in Liverpool which has now grown into the huge International Beatle Week festival. Liz Hughes sadly died of caner some years after its closure. 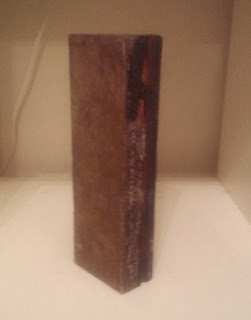 Two years ago the first Cavern Mecca reunion was held in the original premises in Mathew Street (now an Irish pub). All proceeds from the reunion went to charity and it has now become an annual event (now held at the Cavern Club) raising thousands for various charities. The Linda McCartney Centre, a cancer charity, will be the recipient of all proceeds raised at this year's event (to be held on November 1), and all proceeds from this sale will be donated to the Linda McCartney Centre on behalf of Cavern Mecca.

The Floor Block will come with a Certificate of Authenticity (pictured here), personally signed by the Rector of St Peter's, Revd. Kip Crooks. As stated on the Certificate, the wooden floor block formed part of the original floor in the Church Hall at St Peter's where John Lennon met Paul McCartney on Saturday 6th July 1957.

Cavern Mecca has listed this floor block with the complete support and endorsement of St Peter's Church.  A representative of the Church told us, "we are delighted to support this event, and this very worthy cause.  We hope that the sale of the floor block raises a lot of money for the Linda McCartney Centre, and we wish Cavern Mecca every success with this sale."

There are a few tickets left for this year's annual Cavern Mecca Reunion event, at the Cavern Club Liverpool on Friday November 2.  Contact Julie Sudbury via the Cavern Mecca Facebook Page HERE for more details or to buy tickets. 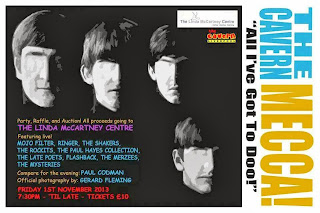